Closed sales on the beachfront remained approximately constant with the third quarter of 2010. Following a brisk first and second quarter, when closed sales reached their highest levels since 2005, third quarter seems to be establishing a new “average” for this period, reflective of the seasonality of the beachfront market.
Bayfront sales also remained strong, posting a 58% gain over Q3 2010, making it the highest on record for the period. 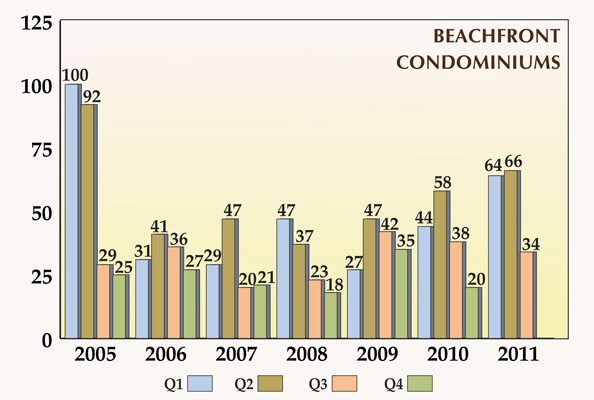 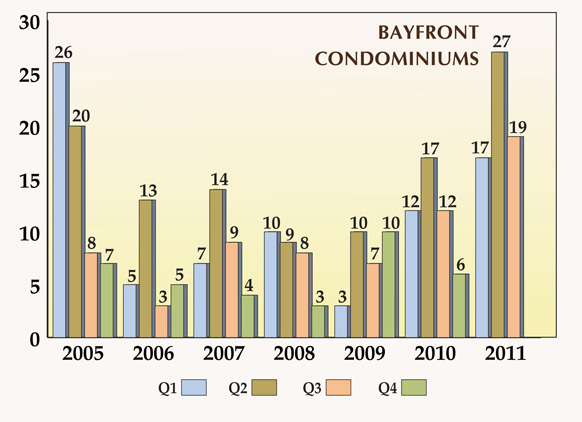 Average sales price of beachfront properties closed in the third quarter was $957,721 an increase of 6% over Q3 2010. The buildings with the highest number of closings were Terraces with five, followed by Surfsedge with three. The highest sales price occurred in the Enclave at $4,562,500, followed by a unit in LeJardin at $3,200,000. 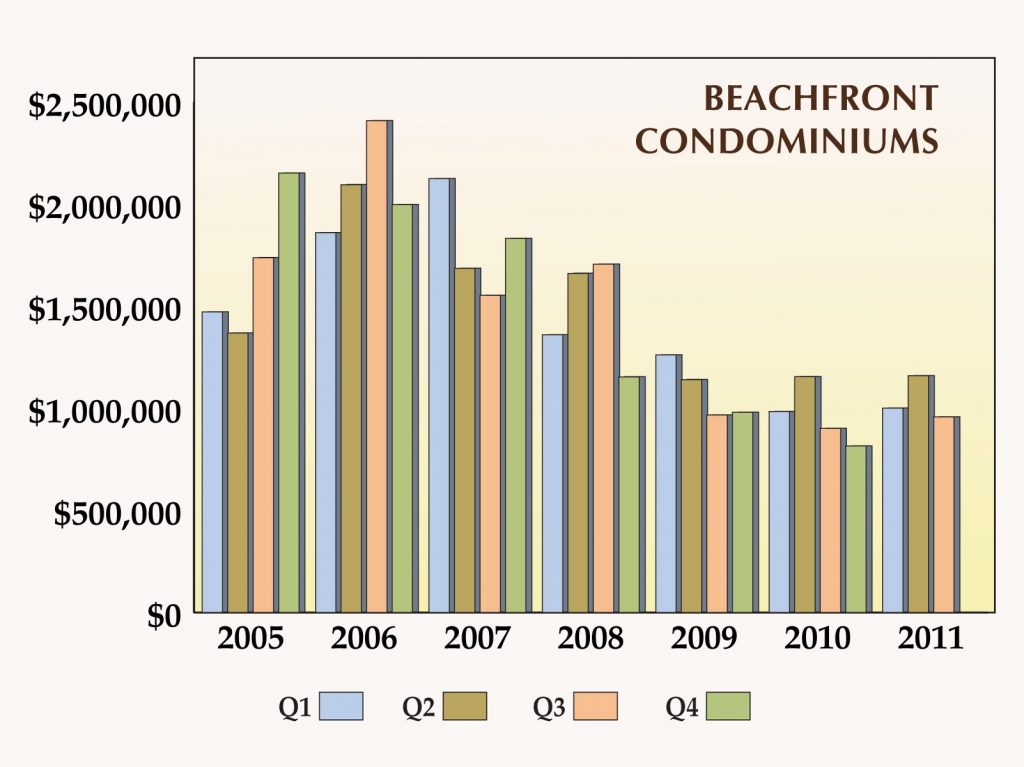 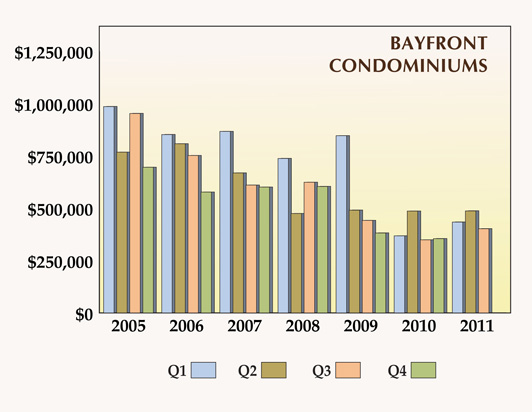 On October 1, 2011 there were 179 properties for sale on the beach and 65 on the bay. This represents a 15% decline of beachfront inventory when compared to Q3 2010, and puts bayfront supply at approximately the same level as a year ago. Some price segments, buildings and locations are already experiencing shortages of inventory. Although the number of properties placed in inventory typically increases between October 1st and March 1st, supplies are expected to continue to decline in this popular area through the 2012 season.

Prices on both the beach and bay have either increased or remained stable in each of the first three quarters of 2011 when compared with same period, prior year. I, will closely monitor activity by building, property type and location over the 2012 season to determine if this is a sustainable trend.

Properties on the beach and bay vary considerably in size, age and amenities. This should be taken into consideration when looking at averages, and buyers and sellers should seek the help of a sales professional to determine specifics about any property in which they have an interest.