FOR A PRINTABLE VERSION OF THIS REPORT CLICK HERE

Gulf Shore Boulevard beachfront condominium sales increased for the third consecutive year, up 6% over 2009. Bay front sales surged 57% over prior year, with 47 closed sales in 2010 vs. 30 in 2009. The Madrid Club recorded the highest number of closed sales on the bay with five sales, and Bay Shore Place, Horizon House, and La Mer led beachfront activity with 10 sales in each building. Other buildings experiencing significant activity include The Brittany, Monaco Beach Club and Solamar, each of which recorded eight sales for the year. 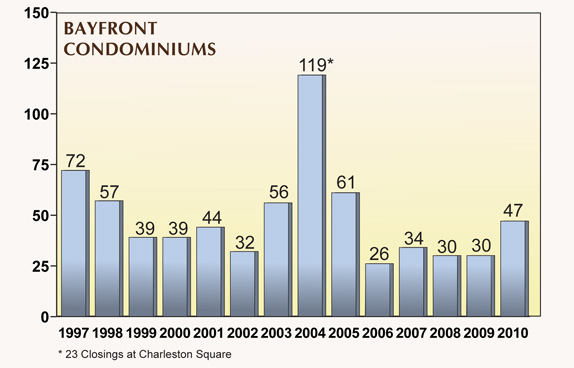 Average sales price on the beach and bay continued to adjust in 2010. Beachfront units dropped 7% from 2009 and properties on the bay fell an additional 17% from 2009 levels. Both declines were smaller than the 2008 – 2009 decreases, and may indicate stabilization of prices in this market segment. 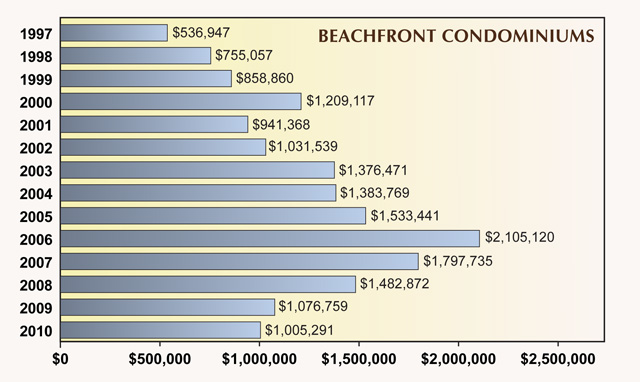 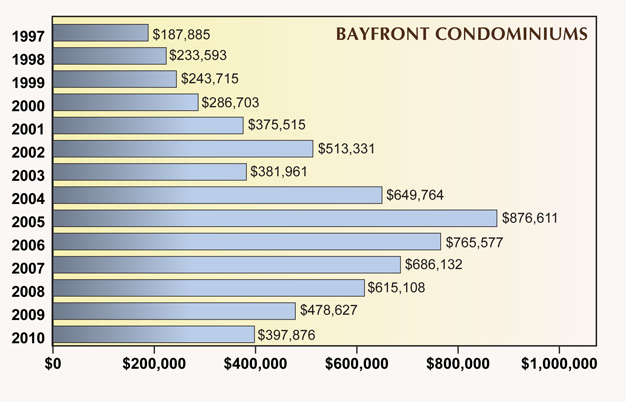 Average price per square foot on the bay remained at almost the same level as 2009. On the beach, the average moved slightly upward. The insignificant movement in this measure in both segments is another indication that prices appear to be stabilizing. 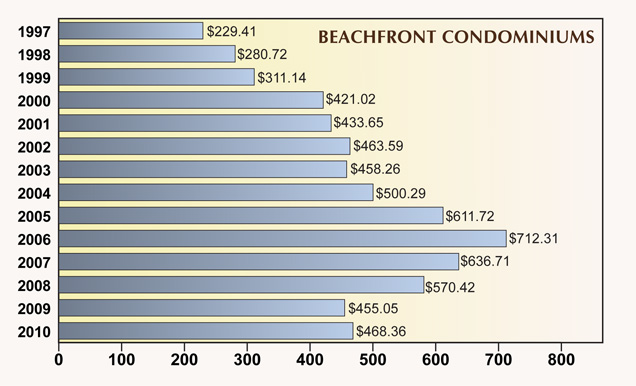 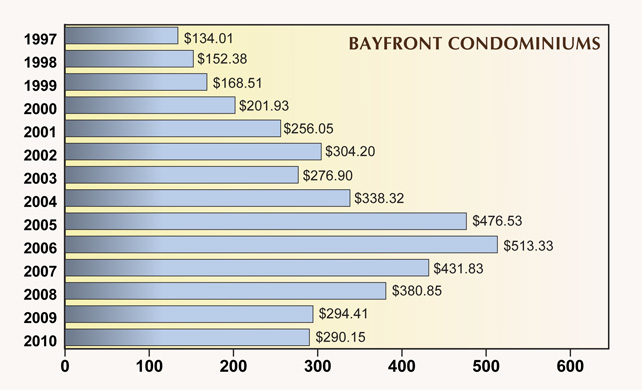 Available inventory on January 1, 2011 is approximately the same as prior year. The 79 units on the bay and 254 on the gulf provide buyers with an appealing selection among property sizes, locations and amenities.

January sales at John R. Wood Realtors are already substantially ahead of January 2010, and with demand remaining high, inventory is expected to decrease substantially throughout the season. Supplies vary among buildings, and it remains important to get specific information on pricing history and availability for any properties or buildings that are of personal interest.

With prices on Gulf Shore Boulevard at 2003 levels, and adequate inventory to provide buyers with a variety of choices, opportunities still exist for the astute buyer.

This report includes condominium product, on the beach or bay, from the Beach Club north through Le Parc. Buildings vary in terms of size, age, and amenities, so take this into consideration when looking at annual averages.