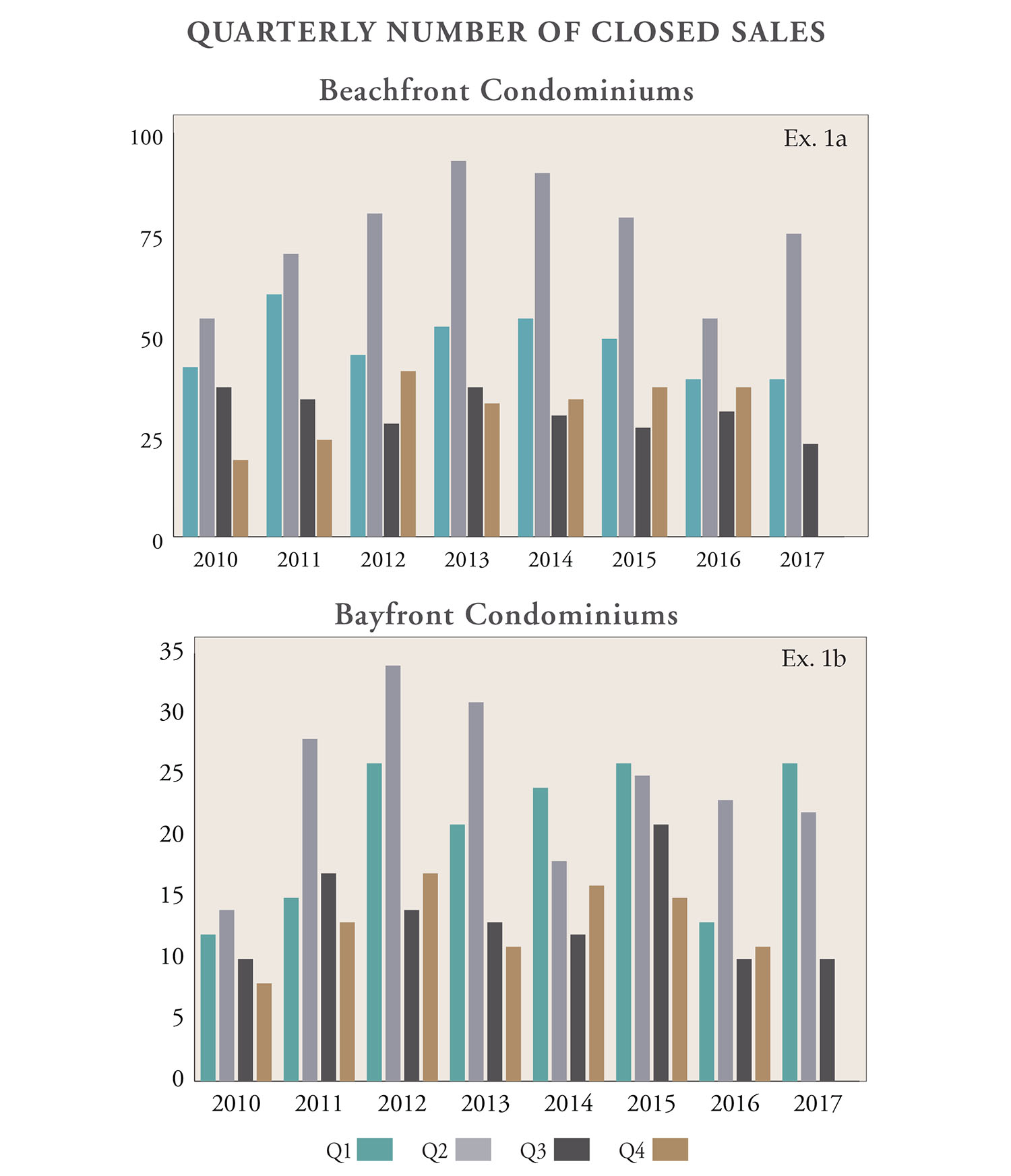 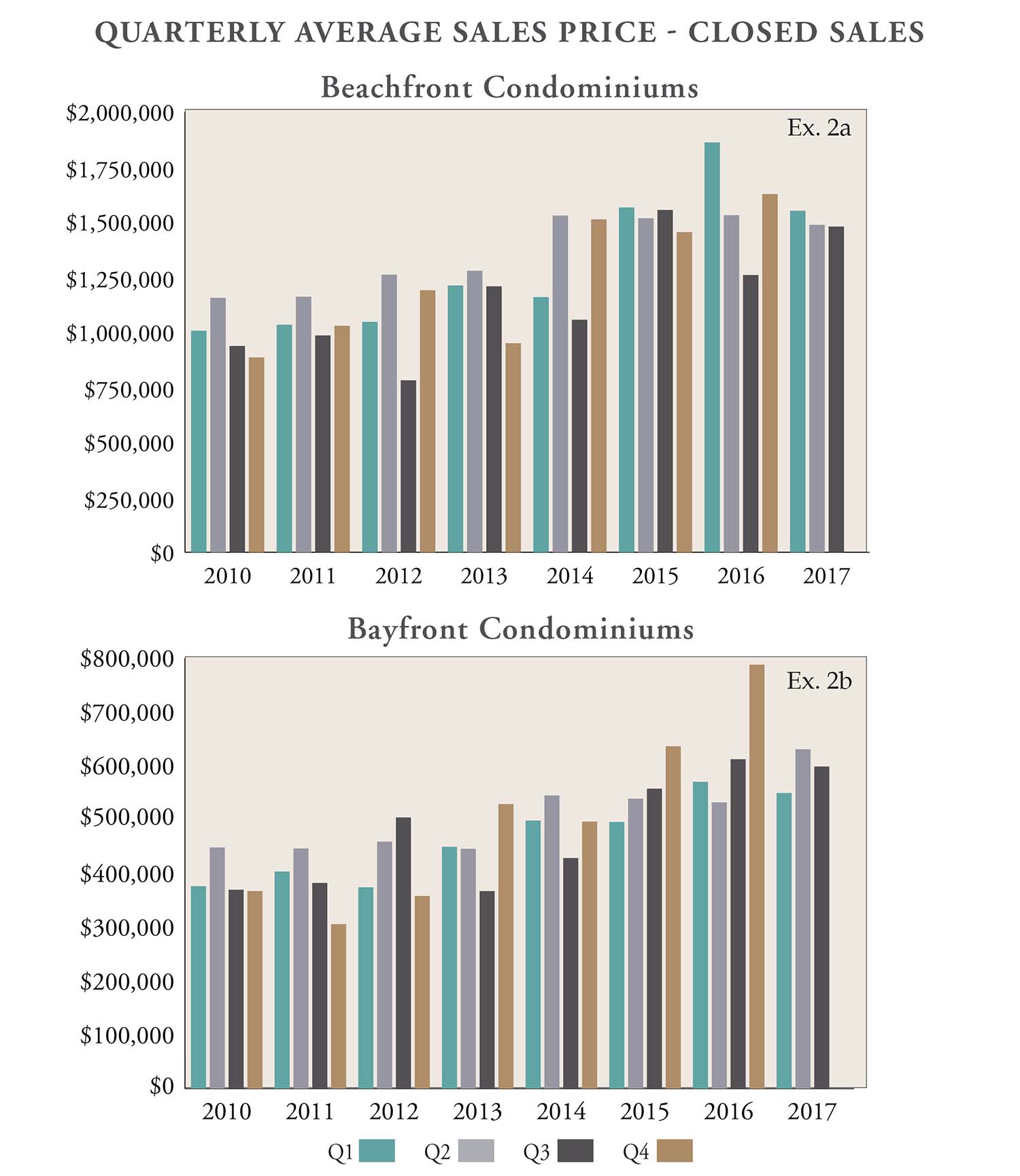 This report is intended to give a broad view of market activity among waterfront condominiums on Gulf Shore Boulevard. Buildings on the beach and bay vary significantly in size, condition, age and amenities, and this can impact average sales price and average price-per-square-foot. Buyers and sellers are advised to seek additional information from a John R. Wood Properties sales professional on any property in which there is specific interest.