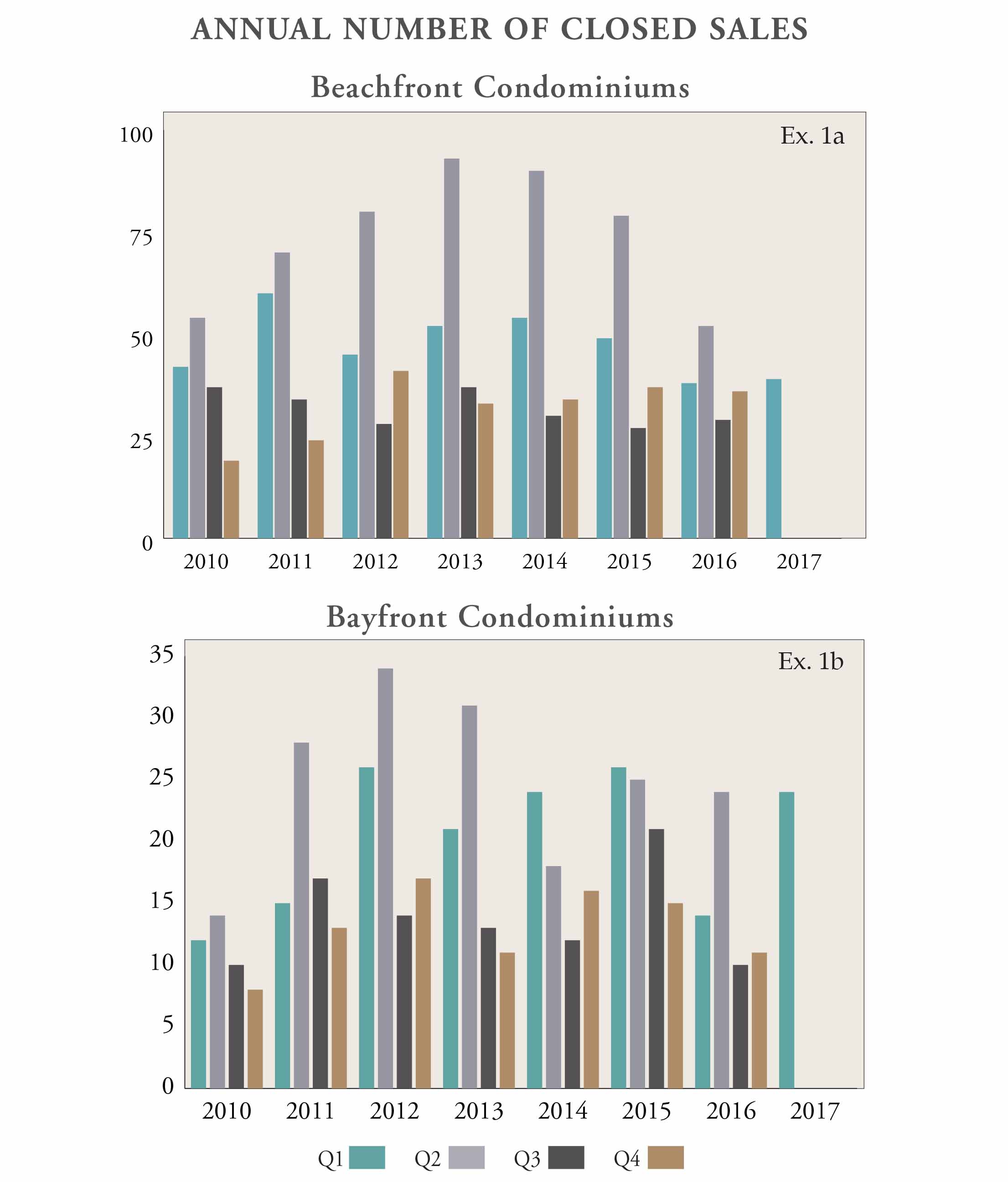 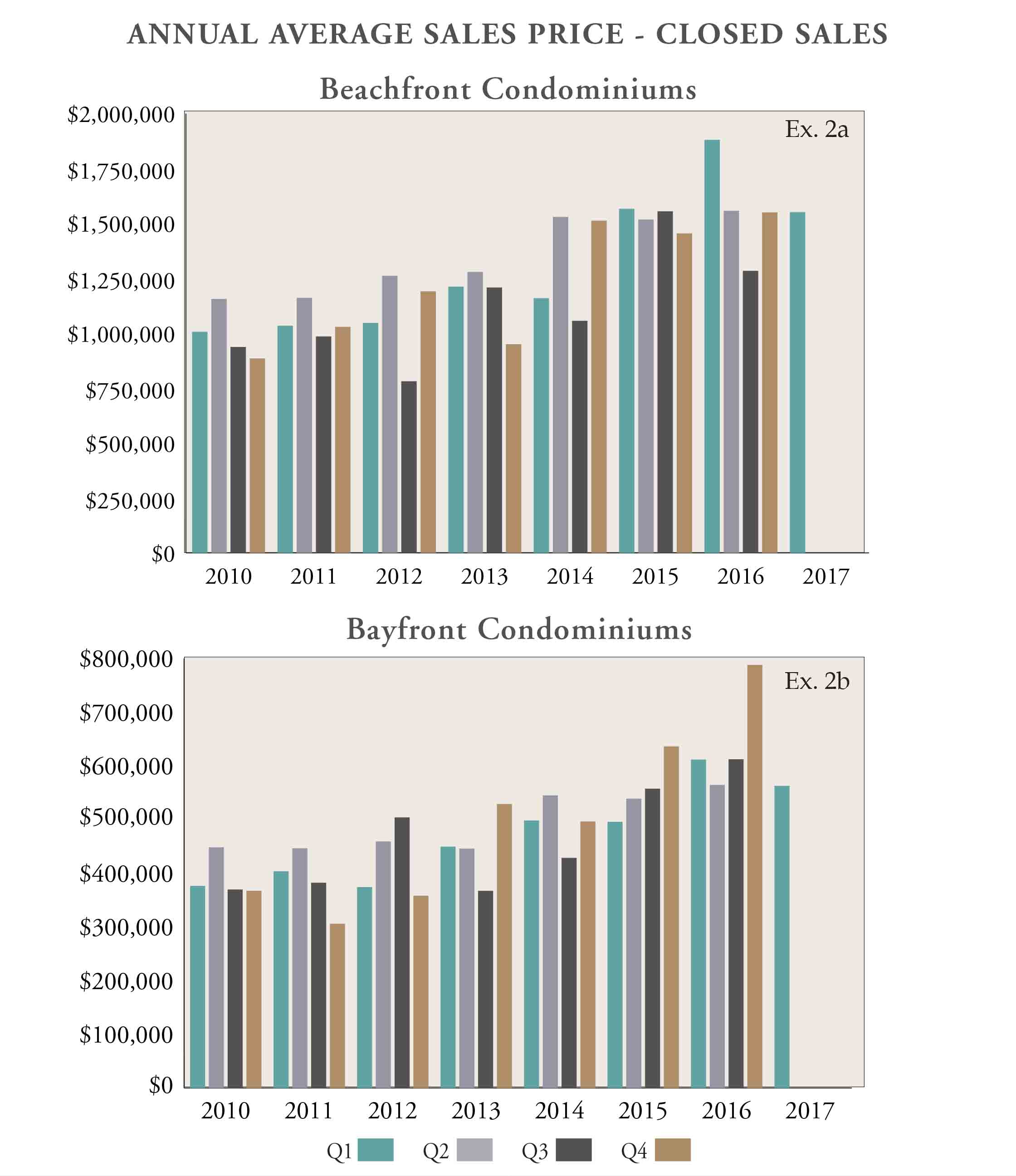 At the end of the first quarter there were a total of 36 condominiums available for sale on the bay at an average list price of $702,708, or $449 per-square-foot. There were 138 residences on the beach with an average list price of $2,193,555, or $767 per-square-foot. This represents an increase in inventory on the bay of 24%, and a 32% increase on the beach over the same period in 2016. Following several years of inventory shortages in this market segment, buyers now have more choices than during the past few years. Sellers need to remain aware of the effect of increasing inventory on sale prices.

This report is intended to give a broad view of market activity among waterfront condominiums on Gulf Shore Boulevard. Buildings on the beach and bay vary significantly in size, condition, age and amenities, and this can impact average sales price and average price-per-square foot. Buyers and sellers are advised to seek additional information on any property in which there is specific interest.