NEW LISTINGS AND PENDED SALES
Available inventory decreased to 4,718 single family homes and condominiums in the Naples, Bonita Springs, Estero combined market. This represents a 9% decrease from July 1, 2013 and a reduction of 67% from the peak for the quarter on July 1, 2007 when supply was at 14,334 units. The luxury home market recorded a 10% increase in the average asking price for properties currently for sale, while the average number of days on the market declined by 7% from July 1, 2013. (Exhibit 1) For the second year in a row, during the 2nd quarter the number of pended sales outpaced the number of new listings. Although all pended sales do not close, this is the best leading indicator of the current and near-term market. (Exhibit 2) 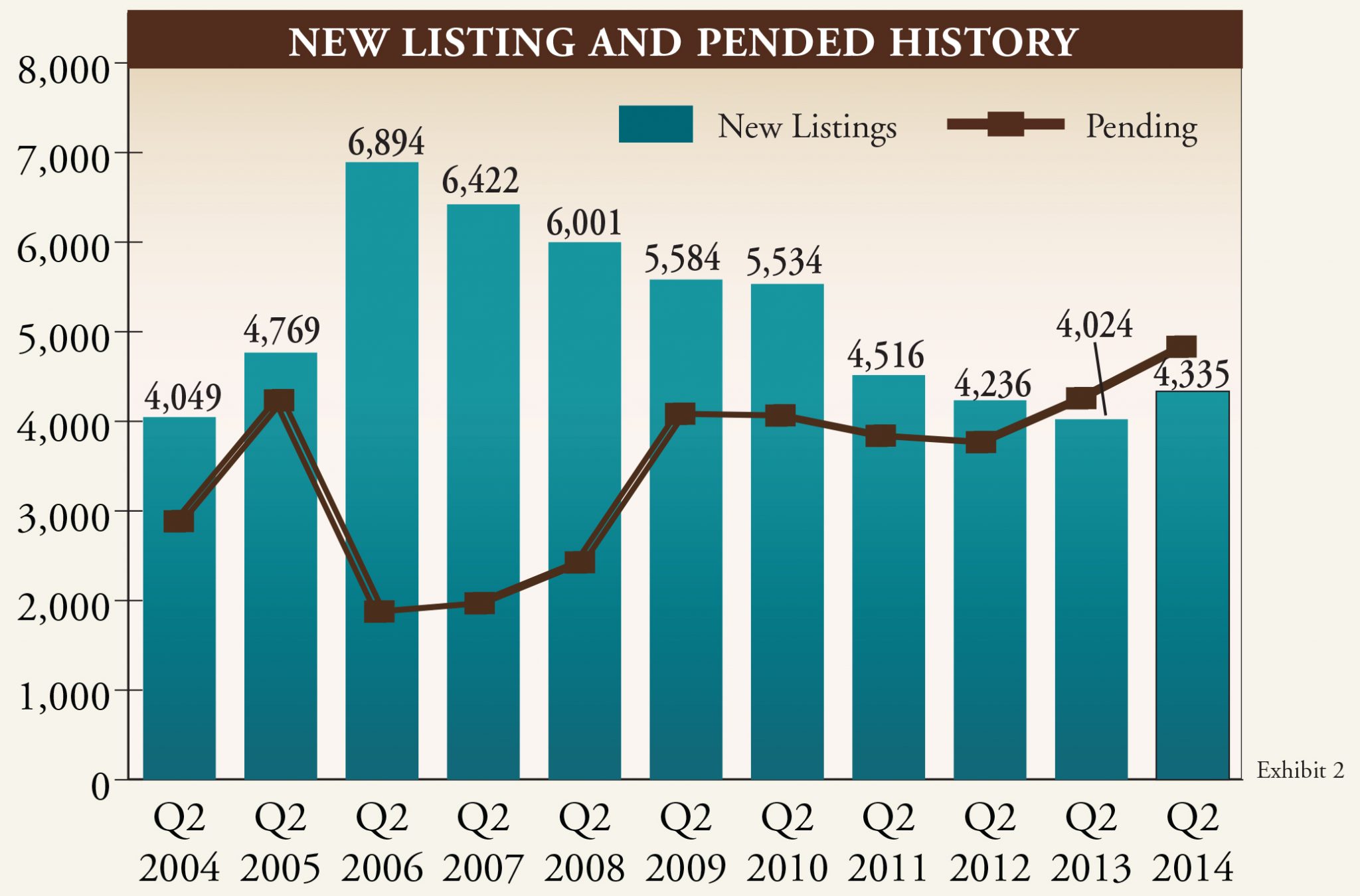 CLOSINGS AND AVERAGE SALES PRICE
Second quarter closings increased from the previous period for the seventh consecutive year and are the highest on record for the second period since 2000. Luxury home sales between $2.0 and $5.0 million continued at a brisk pace during the first half of 2014 with 244 closings, a 51% increase from Q2 2013. Closed sales greater than $1.0 million represent approximately 10% of the closed sales in the Naples, Bonita and Estero market. Average closed price overall for the second quarter increased 9% from Q2 2013 and is approximately double the lowest average price set for the quarter in 2009. Average and median sales price remains 29% below the highs for the quarter in Q2 2006. (Exhibit 3) 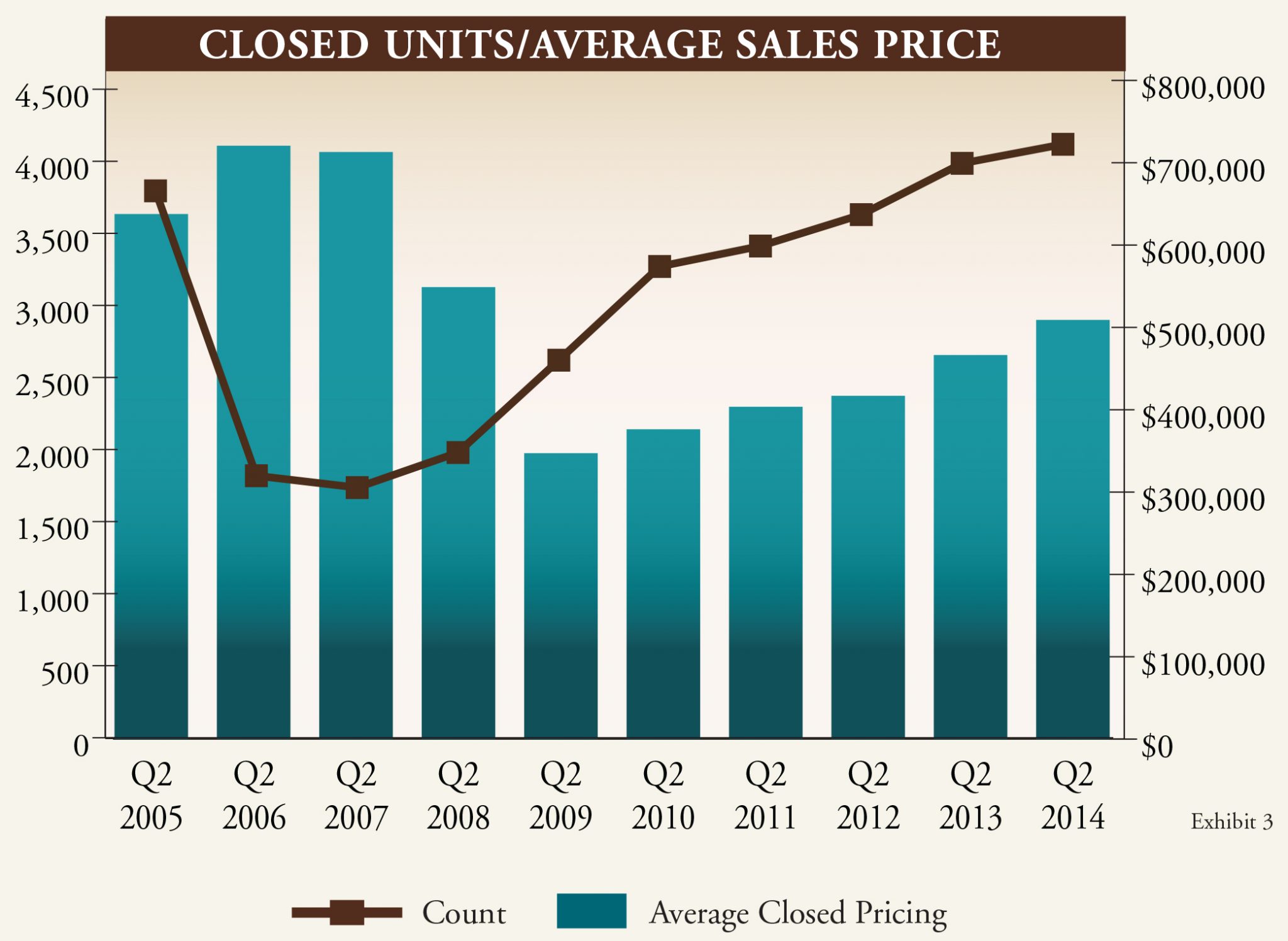 MONTHS OF SUPPLY
Months of supply continues to decline, with an overall supply at the end of Q2 2014 of 4.5 months. (Exhibit 4) 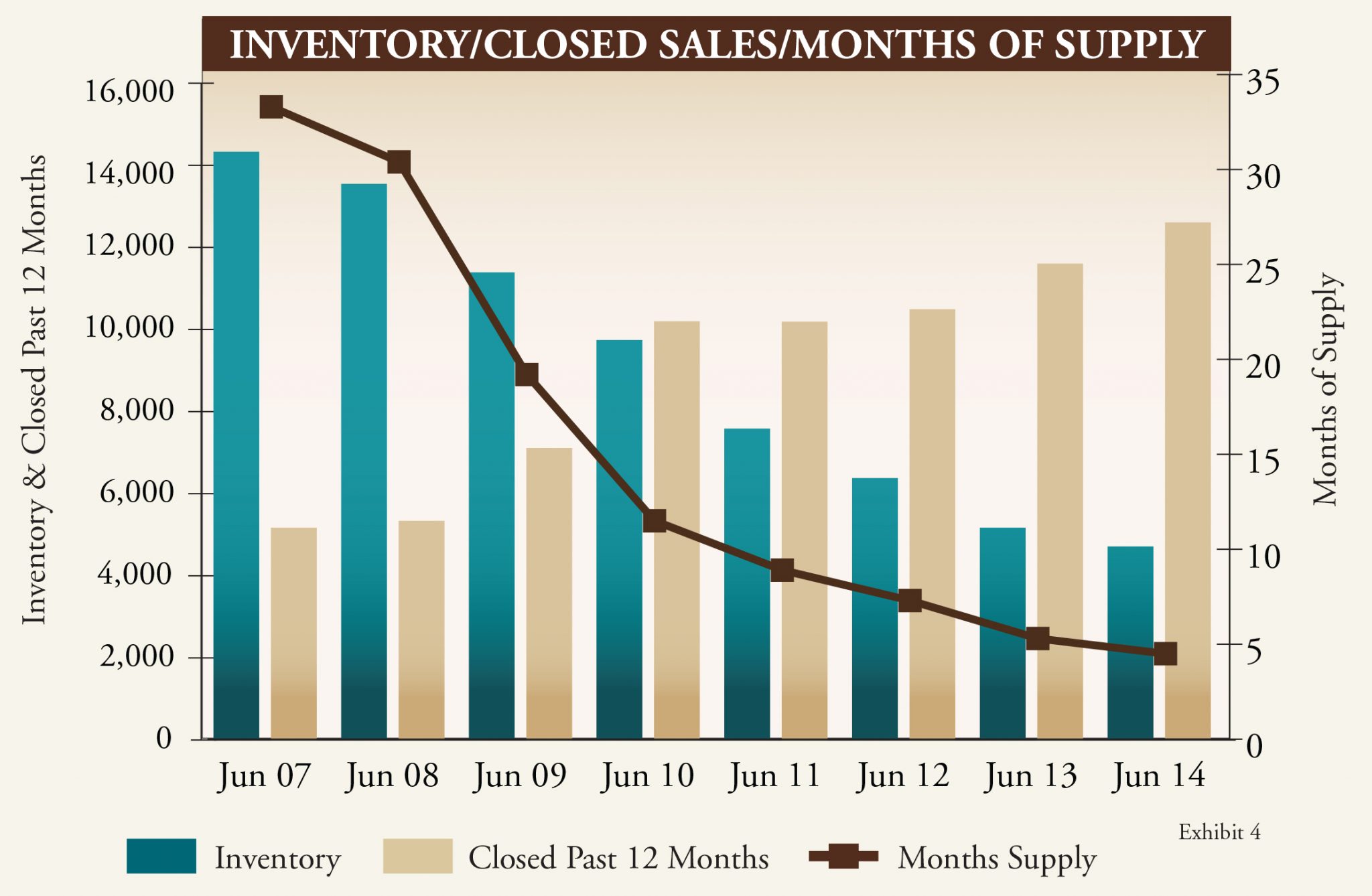 SUMMARY
The estate market above $2.0 million has been the big story during the first half of 2014. Three single family homes in Port Royal closed above $10.0 million and five condominiums (three on Gulf Shore Boulevard and two in Bay Colony) recorded sales prices above $6.0 million. During the second quarter, closings above $5.0 million increased 45% (29 to 42) over Q2 2013.
The trends in the local real estate market continue to be decreasing inventory and increased demand, resulting in record sales numbers and increased prices, although prices still remain well below the record highs.
This report is intended to give the reader a macro-view of the market in the combined Naples, Bonita Springs, Estero areas. Contact Dustin Beard for additional information or to learn more about the area. Visit Dustin’s blog site or communities pages to access additional
market reports or learn more about neighborhoods of interest.