2013 brought growth and stability to the Southwest Florida Housing Market. As the housing market in 2013 stabilized, we also began to see a decline in housing inventory which left buyers waiting for more homes to come on to the market. Here are some stats that we hope you will find useful.

The number of closed sales in 2013 continued the upward trend of the past six years, culminating in the highest number of sales on record. The biggest gain in the number of sales occurred in the price segment above $5,000,000, up 65% over prior year (43 sales vs. 26 in 2012.) All price ranges posted gains with the exception of properties priced under $250,000, which decreased 7.5% (almost entirely due to lack of properties available in that price range in high demand areas). Average sales price increased 13% year over year and median sales price is up 18%. 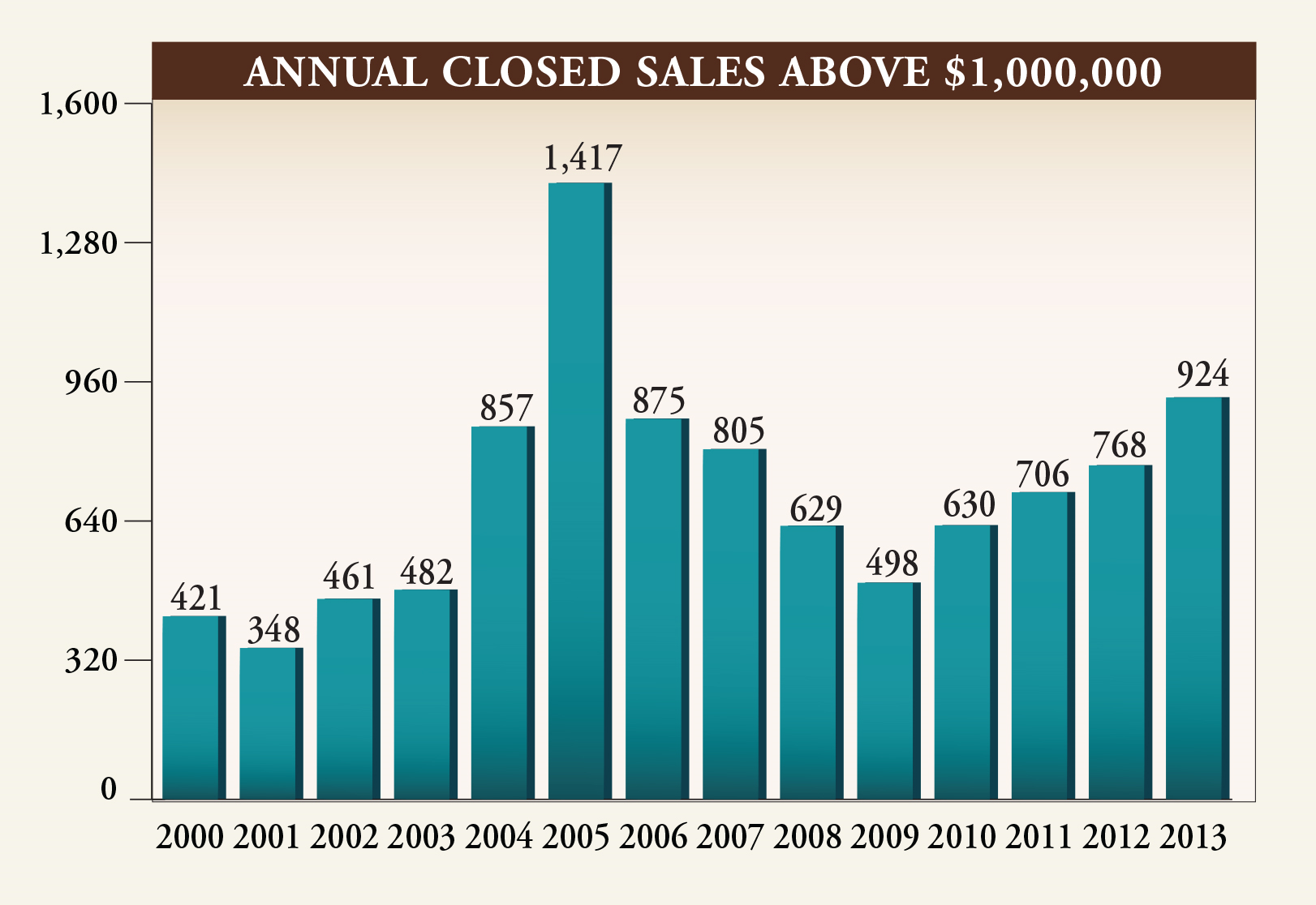 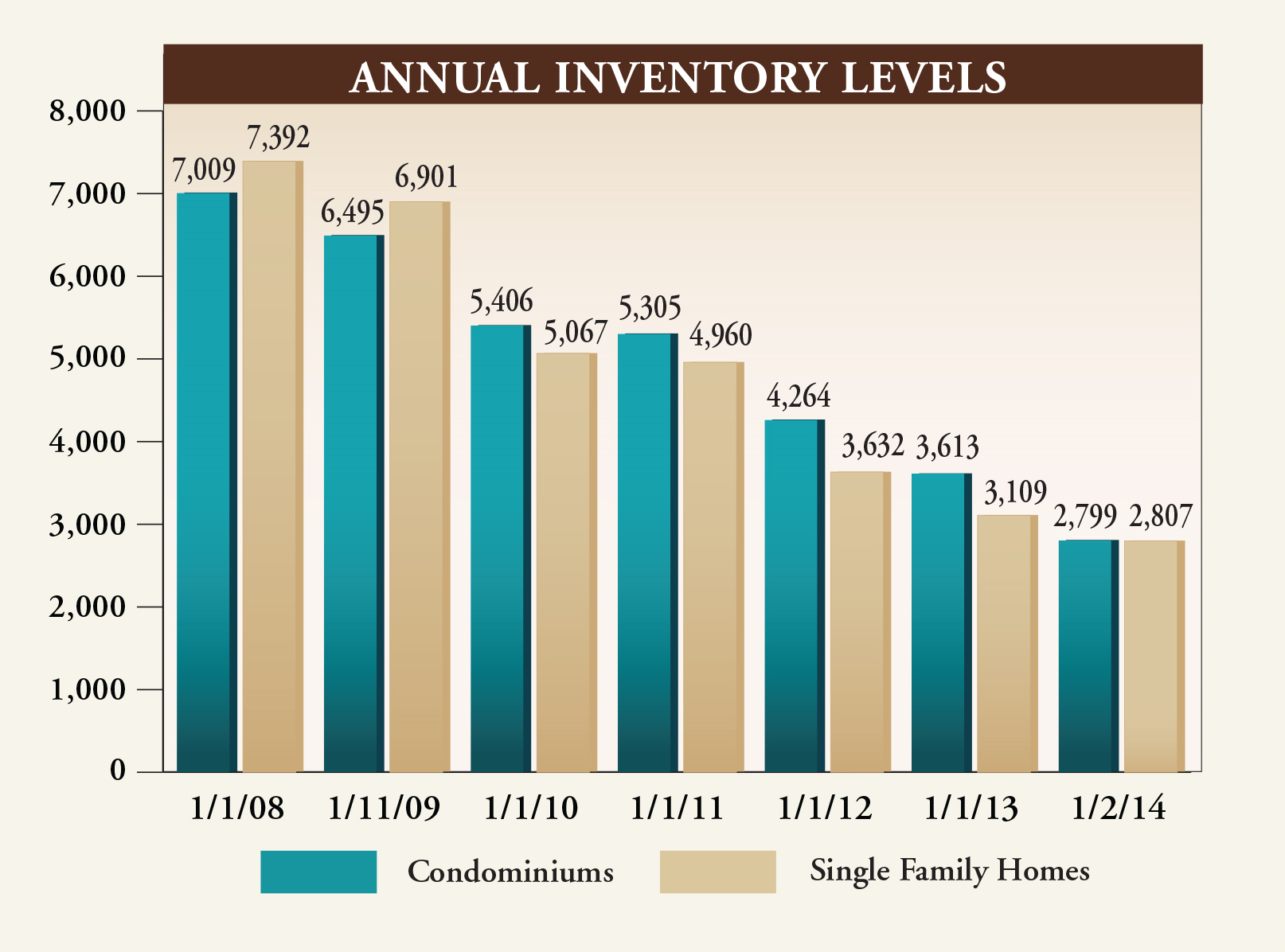 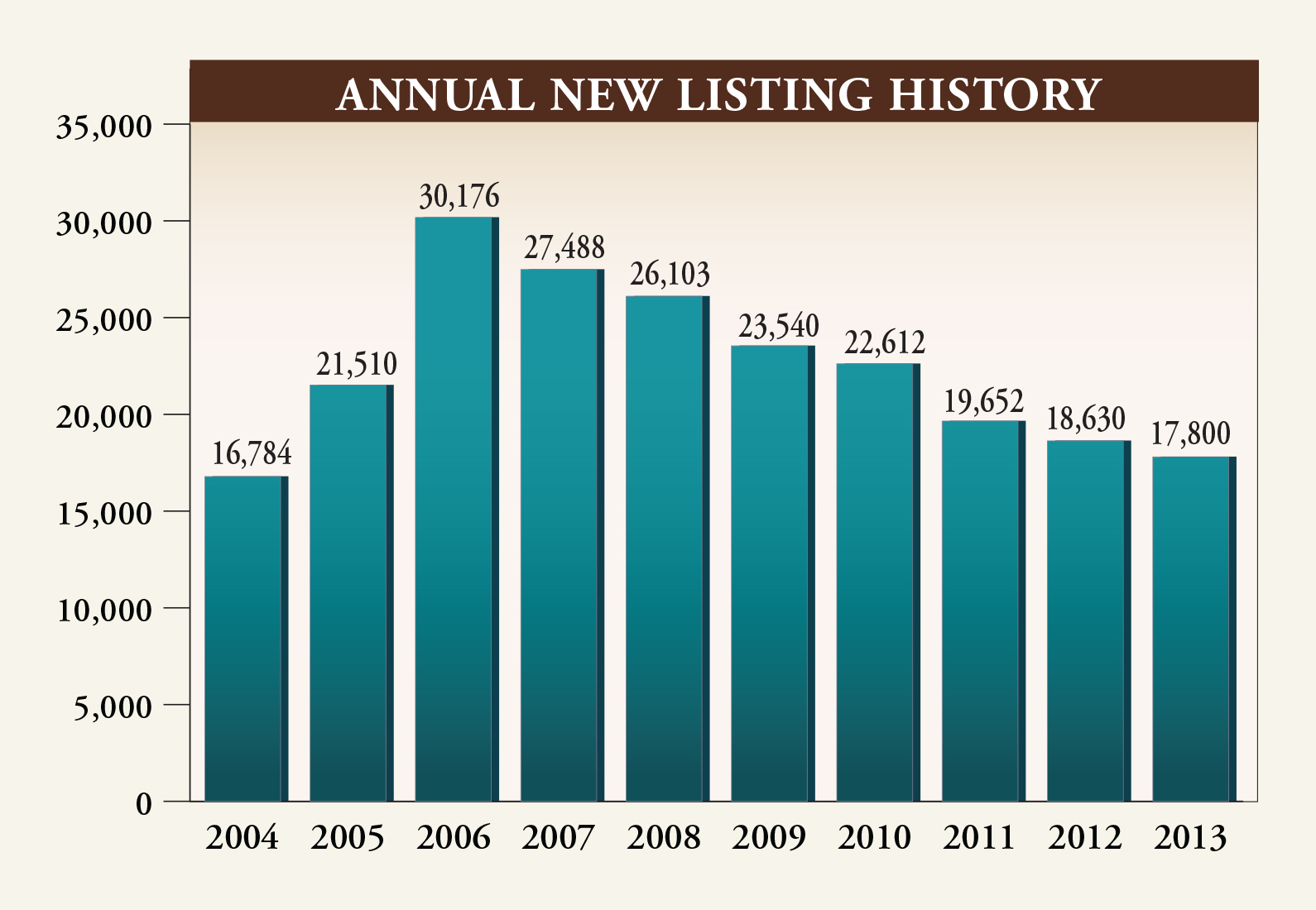 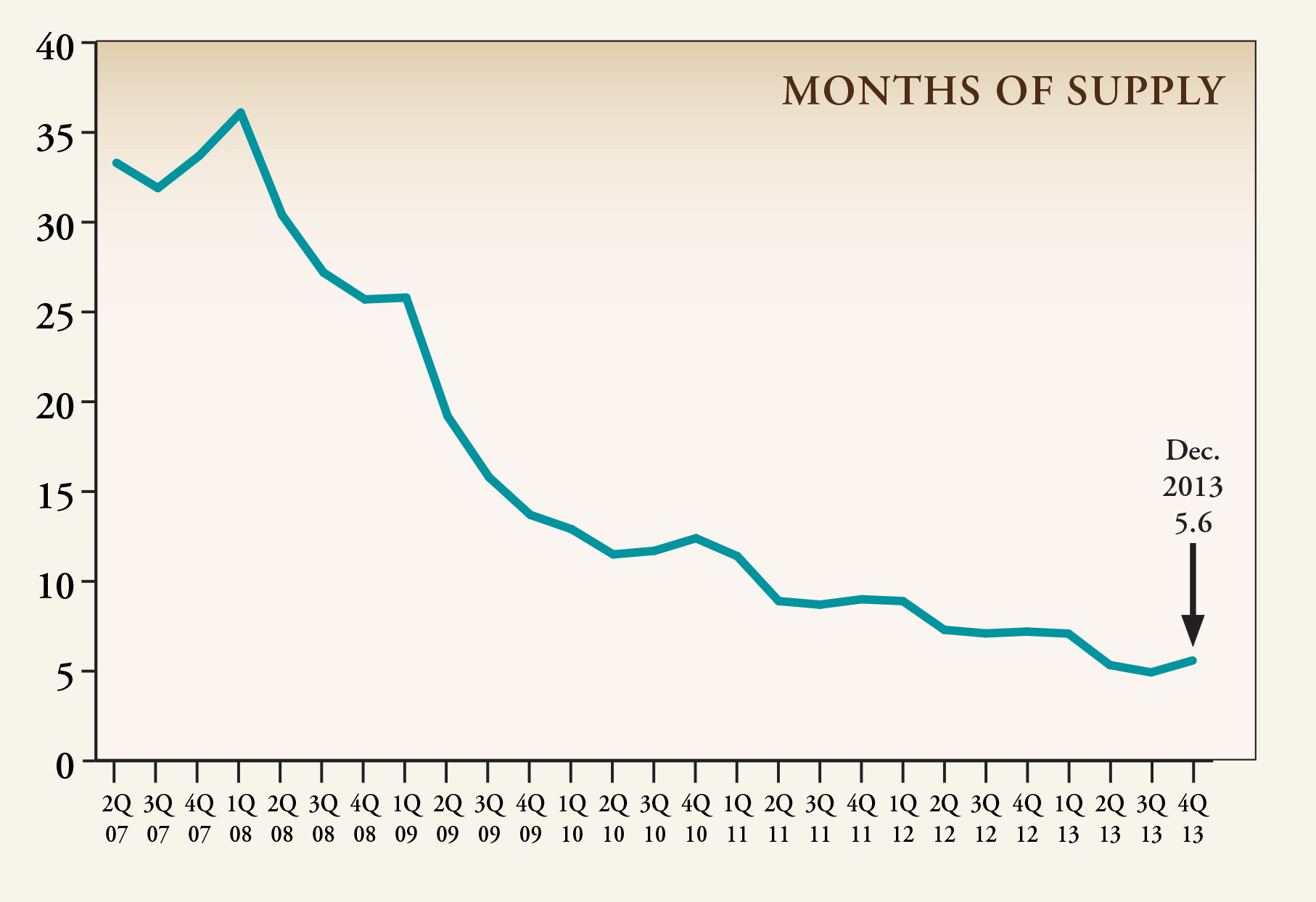 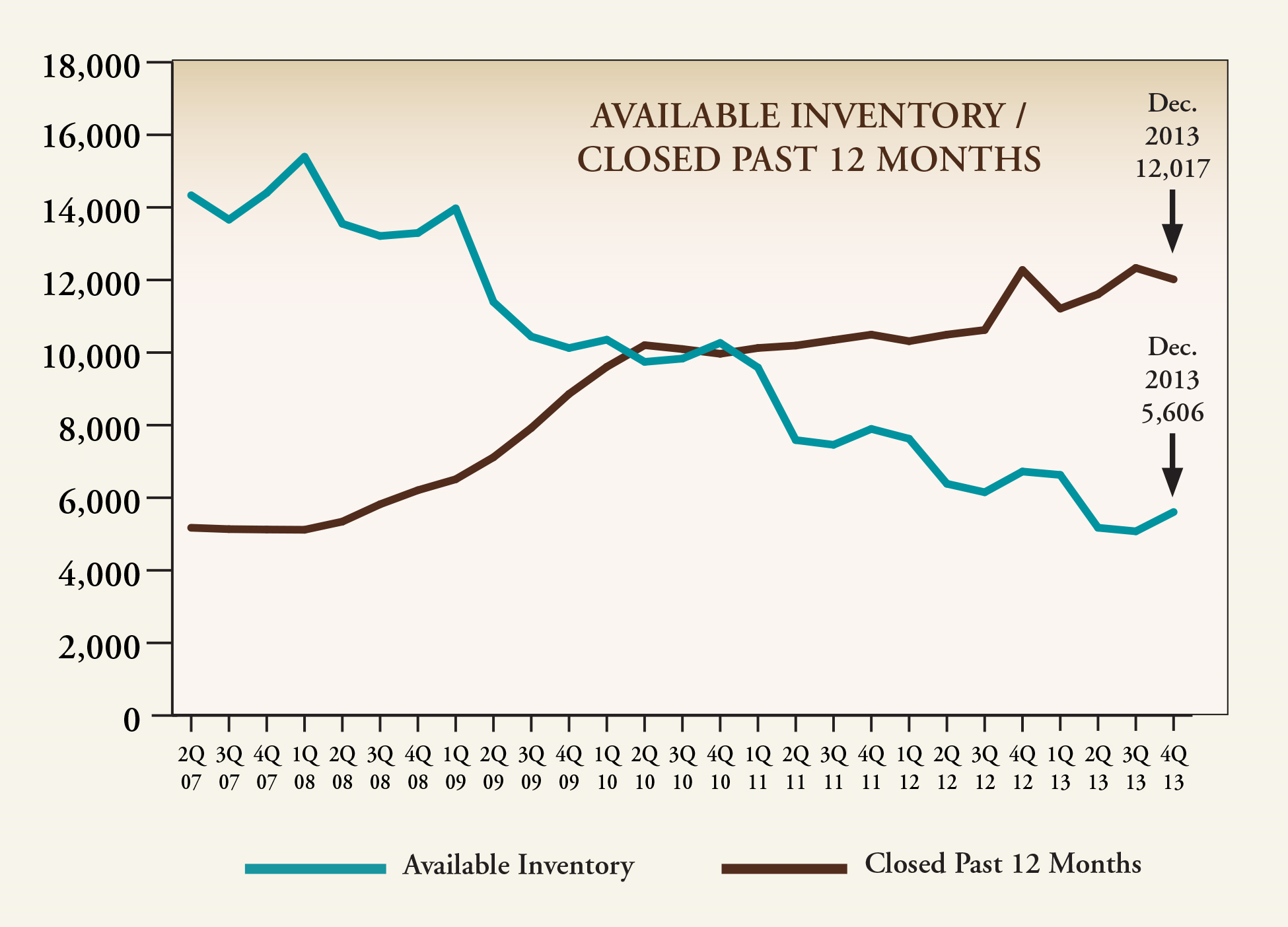 Buyer interest in Southwest Florida real estate pushed the number of pended sales to an all time record. All price categories reflected increased demand with the exception of entry level product priced below $250,000. It is important to note that not all pended sales close. However, this benchmark, along with current inventory, has proven to be the best leading indicator of market direction. 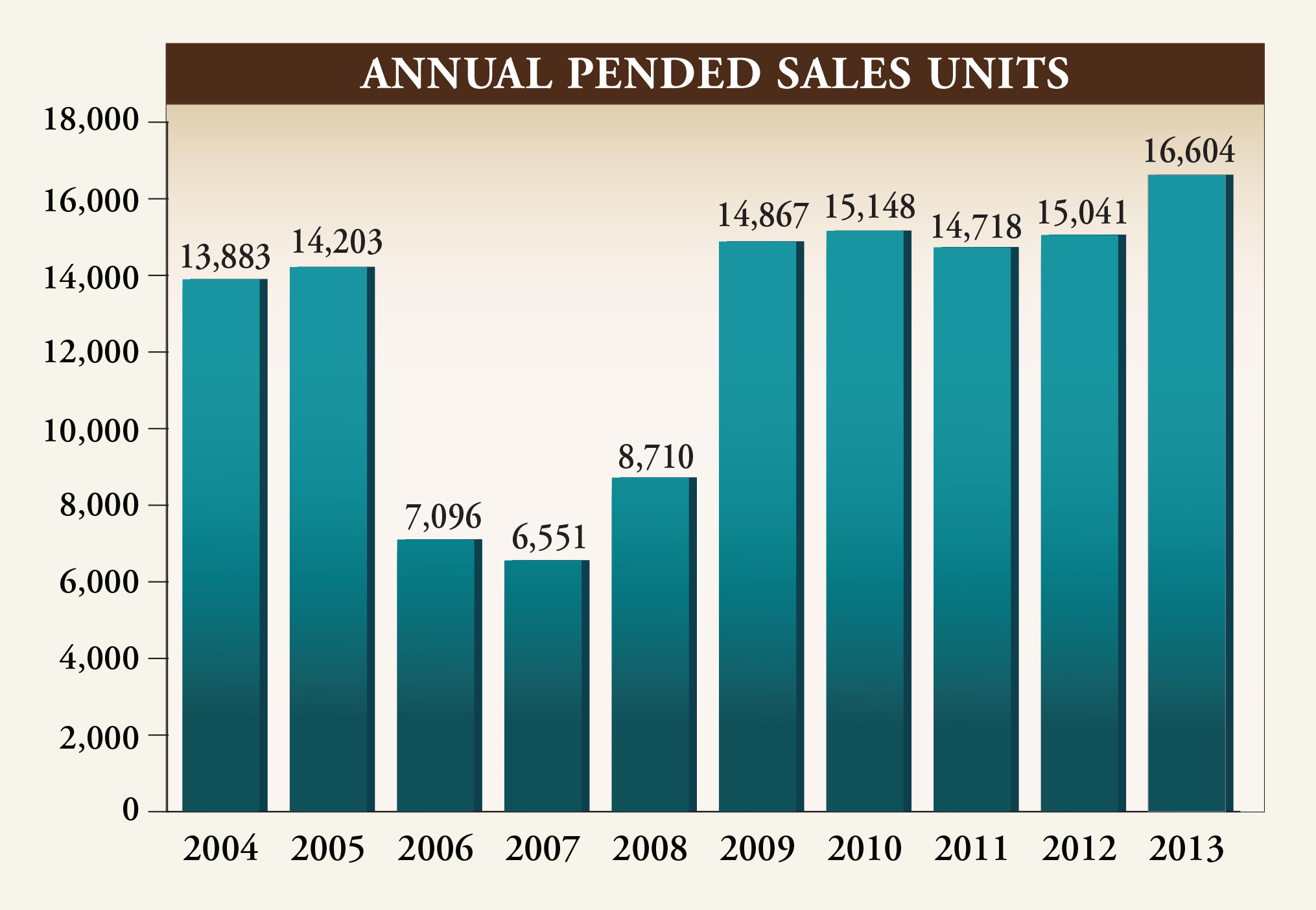 The current market is often being compared to the 2004 – 2006 period when the number of closed sales exceeded any prior period and prices were escalating monthly in high percentages. While buyer demand is comparable, even exceeding those years, there are some notable differences.

Despite decreasing inventory and increasing prices, the market is more balanced at this point in the market cycle than in the earlier period. Demand is driven less by investors and more by end users, and price gains are more modest. The current average sales price is less than 8% higher than in 2003 ($400,994 in 2003 vs $431,360 in 2013), although the number of closed sales is 62% greater. All in all, an attractive environment for buyers and sellers!

As for the “shadow inventory” so often discussed over the past few years, the market shows no evidence of this as a negative factor. While it is possible that these numbers could rise somewhat over the coming months, this would actually be a positive event. Even though new construction is playing a larger role as new product is brought to market, demand, at least for now, still seems to be outpacing supply.

John R. Wood Properties had the pleasure of serving over 3,000 buyers and sellers in 2013. For both Buyers and Sellers now is a very good time to make a move. Sellers will benefit from lower inventory numbers and Buyers can enter the market at the turn of the market. If you are thinking of selling your home or you would like a personalize market analysis of your residence contact Dustin at 239-289-2650 and find out what he’s doing to help clients sell their home faster and closer to list price than anyone else! If you are a buyer, let Dustin add value to your purchase by helping you find the right home, negotiating the best price and using his resources to make the entire transaction smooth and enjoyable.