Closed sales activity on the Beachfront and Bayfront maintained the steady pace of the first quarter. With 58 closed units on the beach and 15 on the bay, second quarter 2010 is the highest second quarter since 2005. On a year-to-date basis, beachfront sales are up 17% over the first six months of 2009 and bayside sales up 107%. 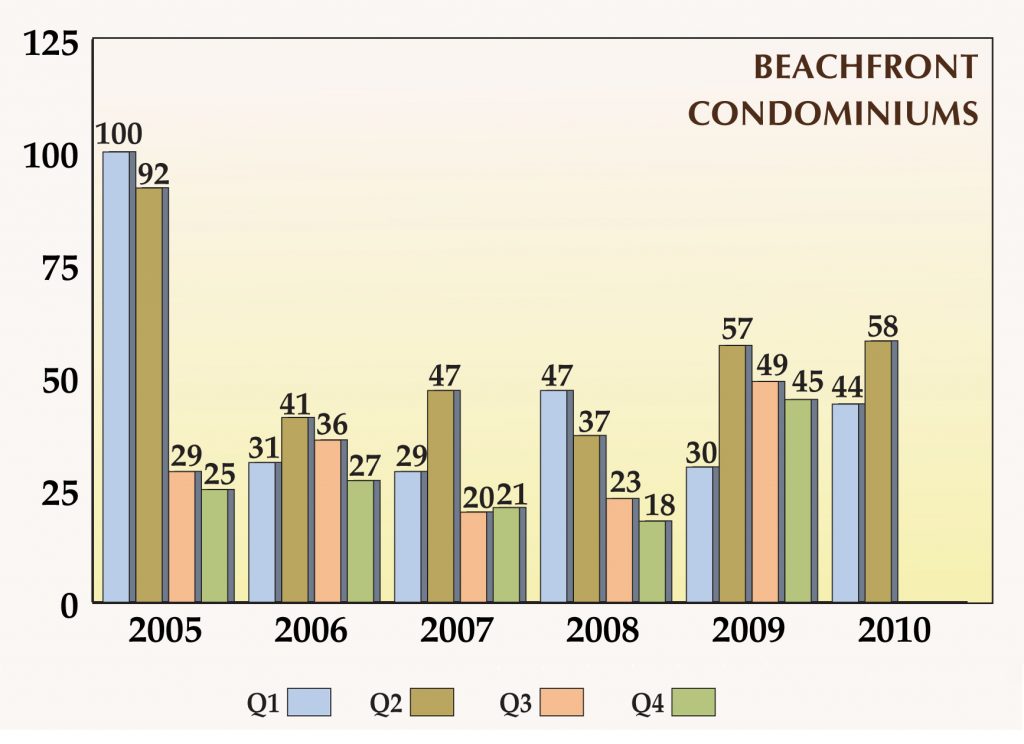 Average sales price of beachfront properties in the second quarter was $1,155,024, representing a 17% increase over first quarter 2010, and slightly ahead of Q2 2009. Seven sales over  $2,000,000 were recorded for the quarter versus three for second quarter 2009, and two during first quarter 2010. The highest sales price during the quarter occurred in LeRivage at $5,400,000. The increase in sales over $2,000,000 is consistent with the market in general which experienced a surge of activity in high-end sales.
The Martinique posted the highest number of closed units with five closings. Horizon House and LaMer followed with four sales in each building.
Average sales price on the bay increased 32% from first to second quarter 2010 and remained essentially the same as second quarter 2009 at $486,467. Prices of $1,405,000 at Bella Baia and $949,000 at the Tropics were the highest prices recorded for the bayfront segment during the period. 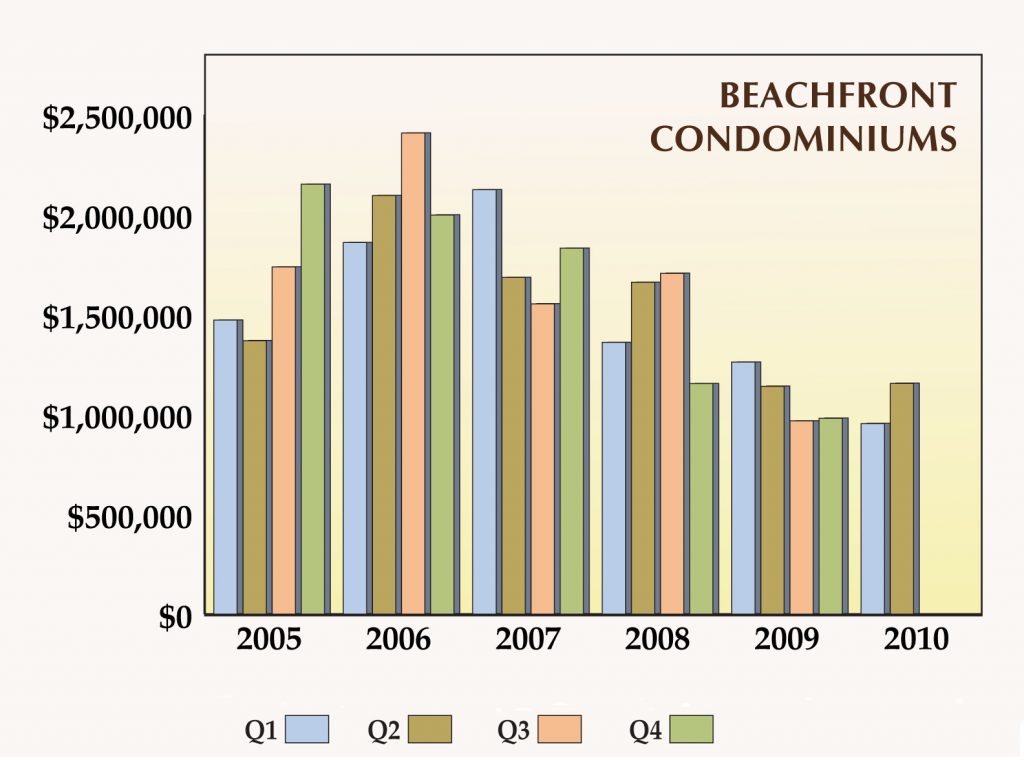 On July 1, 2010 there were 215 properties available on the Gulf and 81 on the Bay. This represents an 11% reduction of Beachfront inventory and a 14% decrease on the Bayfront from end of first quarter 2010.
Buyer interest remains strong for the beach and bay units. However, price continues to be the driving force behind the sales activity of the first two quarters of 2010. This report does not reflect newly pended sales that occurred during the first and second quarters, but which have not yet closed. When these closings occur, inventory levels are expected to drop to even lower levels.
Stabilizing prices and a good selection of product in many buildings continue to provide great opportunities for the astute buyer. Dustin Beard can give you detailed information on specific buildings and locations in which you have a personal interest.