Paradise Coast voted one of the Top 10 healthiest hometowns 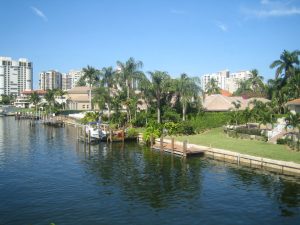 These ten cities have made healthy living and active retirement a true priority.  After reading this article, you might want to move there, too. The cities were chosen based on extensive research and the use of more than 20 measures of vitality.  Physical aspects of a community (clean air and water, for example) were looked at along with the health and habits of the people living there. Are people making use of the hiking and biking trails, getting regular exercise, eating healthy, shopping for fresh fruits and vegetables at the farmers market? Does the city boost superior medical care based on having multiple “top-notch” hospitals? Does the area have one of the lowest cancer mortality rates? These are all factors involved in choosing the healthiest cities.

The nicknames: Florida’s Last Paradise and Paradise Coast, describe the Naples-Marco Island area.  “The area has hung on to its small-town feel: its beaches and art scene (more than 134 galleries in the vicinity) are often voted tops in the nation.”  If golf is your passion, the Naples-Marco Island area has the second most golf holes per capita in the country.  “At least 80 percent of Collier County’s land has been set aside as open space, protecting places such as Big Cypress National Preserve and Everglades National Park; biologists believe the Everglades is the only place in the world where crocodiles and alligators cohabitate.”