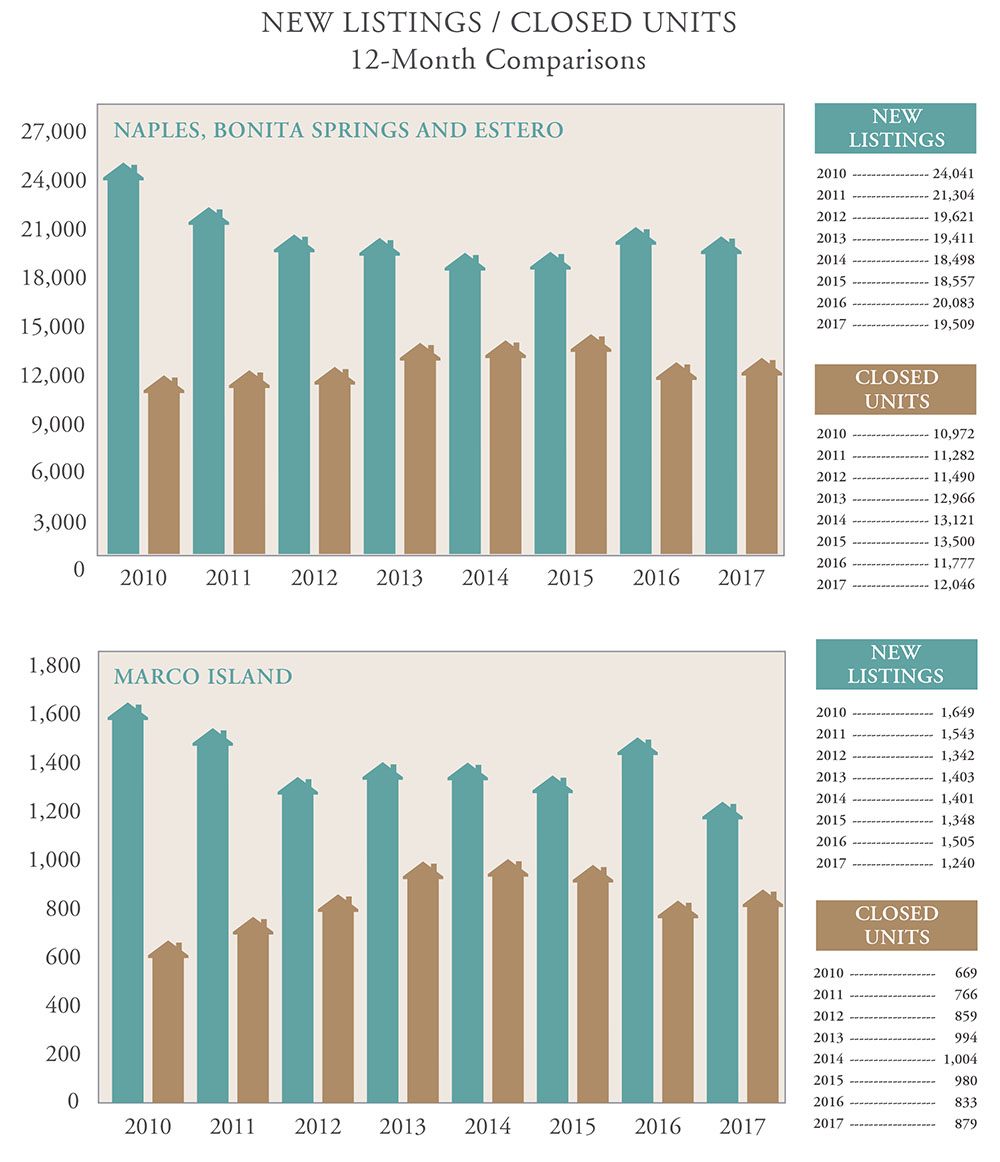 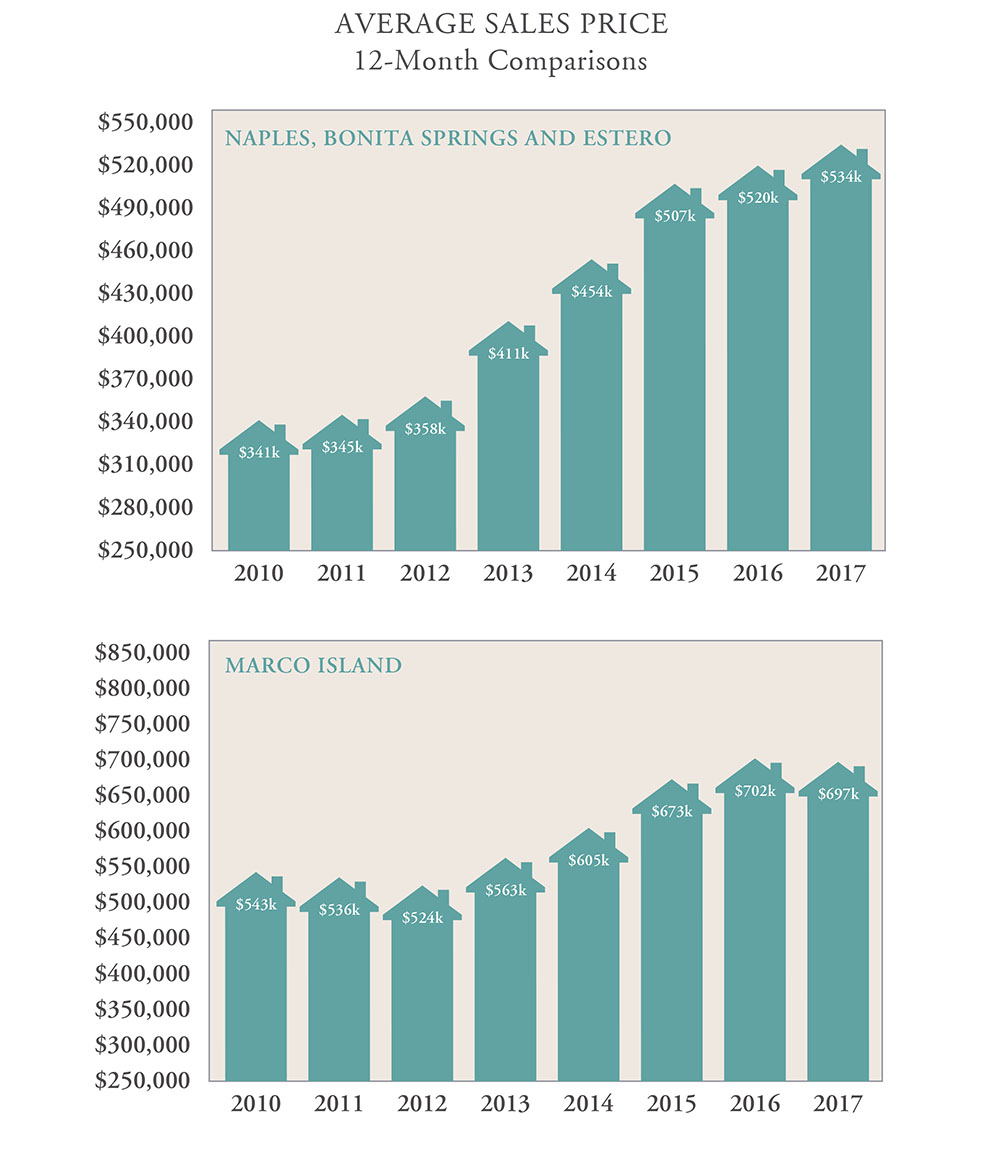 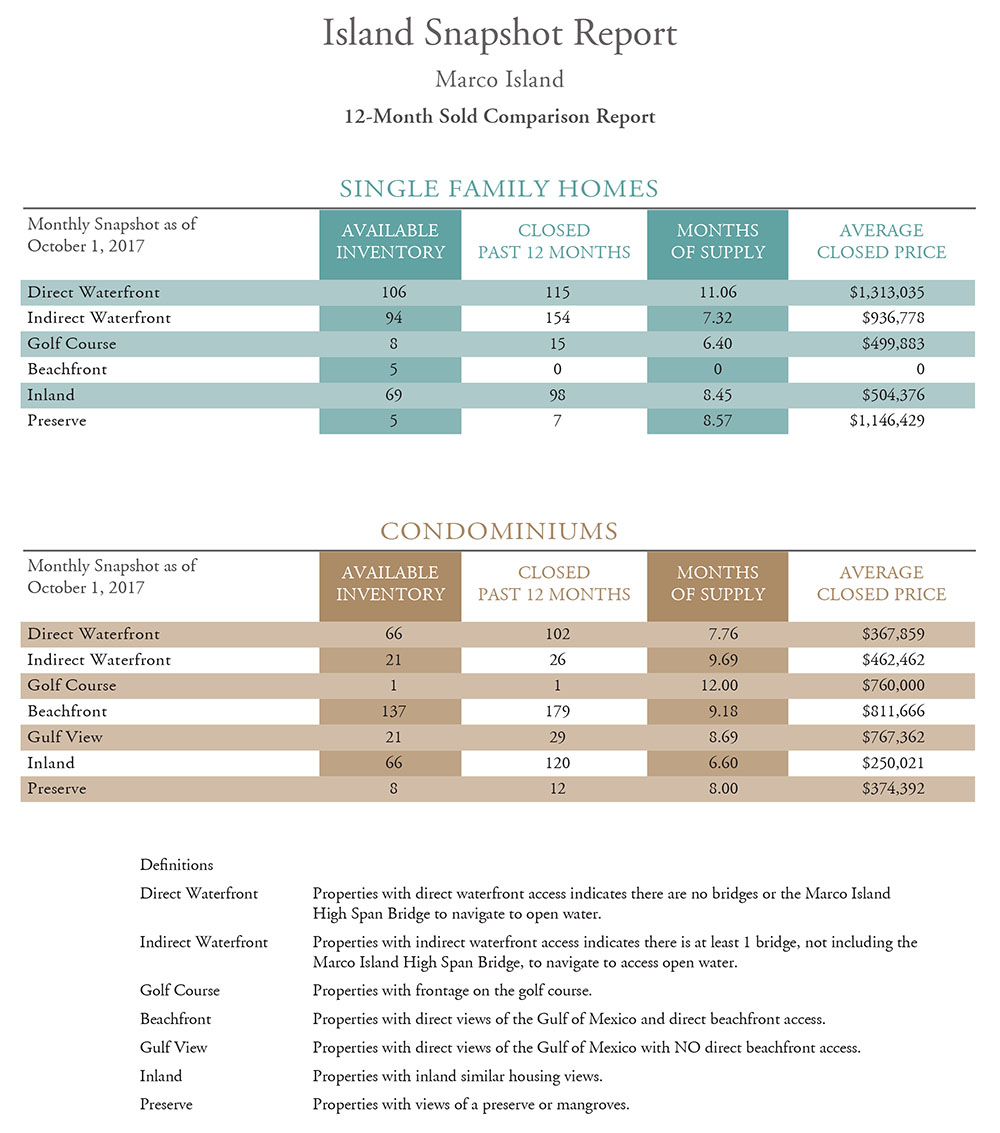 The impact from Hurricane Irma on the Southwest Florida real estate market will not be fully known for several months. As expected, the event substantially affected the month of September. Residents evacuated in large numbers, many businesses were without power and had to remain closed for prolonged periods, and real estate closings scheduled to occur during the month had to be delayed. The result was that closings in the Naples, Bonita Springs and Estero combined market were down 35% for the month when compared with September 2016, and Marco Island closings were down over 50%. In the coming months, John R. Wood Properties will carefully monitor data on all listing and sales activity by area and price range to help us fully understand the impact of the storm based on specific segments of the market.

At the time of this report, all signs point to a busy season, although it appears to be starting a little later than normal. Buyers are arriving daily and making purchases, and many winter residents are completing clean-up to their property and preparing them for the market. Restaurants and other businesses are mostly back in full swing, and traffic is heavier than a month or two ago.