Naples, Florida has topped the list of metropolitan areas that are expected to see the most economic growth next year, according to the analysis of data in a new report from the U.S. Conference of Mayors prepared by IHS Global Insight and reported by Bloomberg Business.  The economy here will grow 4.9 percent in 2016, according to the forecasts.  This is due mostly to the surge in baby boomers retirement.

If you are thinking about selling your home, now is the time to discuss the best time to put your home on the market, contact Dustin today for his inside scoop on the Naples’ market.

To view some of the top neighborhoods in Naples, visit Park Shore, Moorings, Port Royal, Pelican Bay and Vanderbilt Beach. 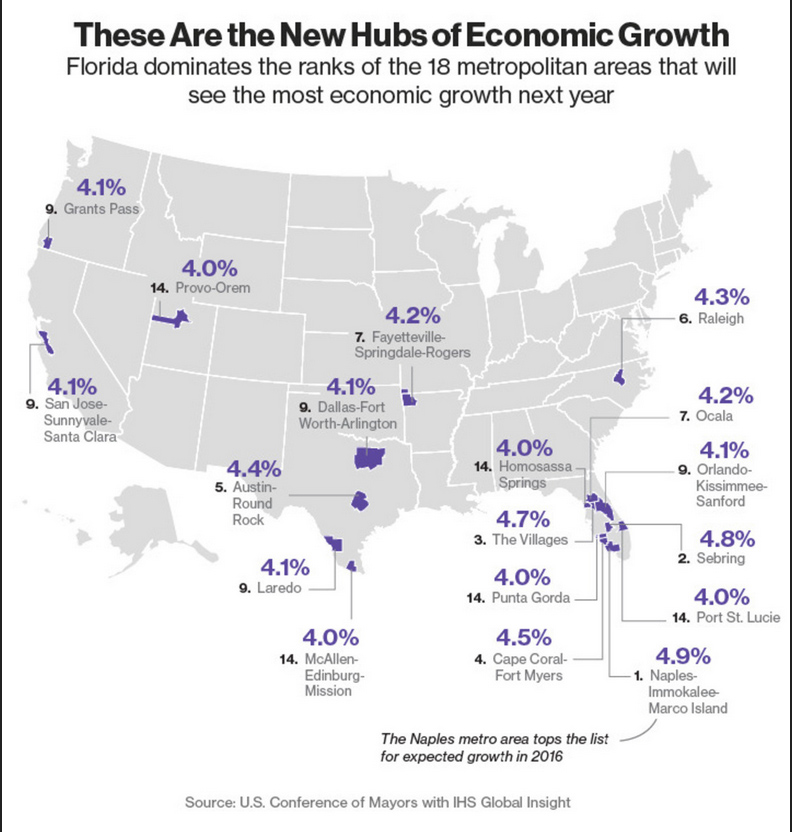