The number of closed sales in 2014 increased for the seventh consecutive year and set a new record. Properties priced at $5 million and above posted a 70% increase, the largest of any category, with 73 closings in 2014 compared to 43 in 2013. The second highest gain occurred in the number of closed sales priced between $2 million and $5 million, up 29% over prior year. 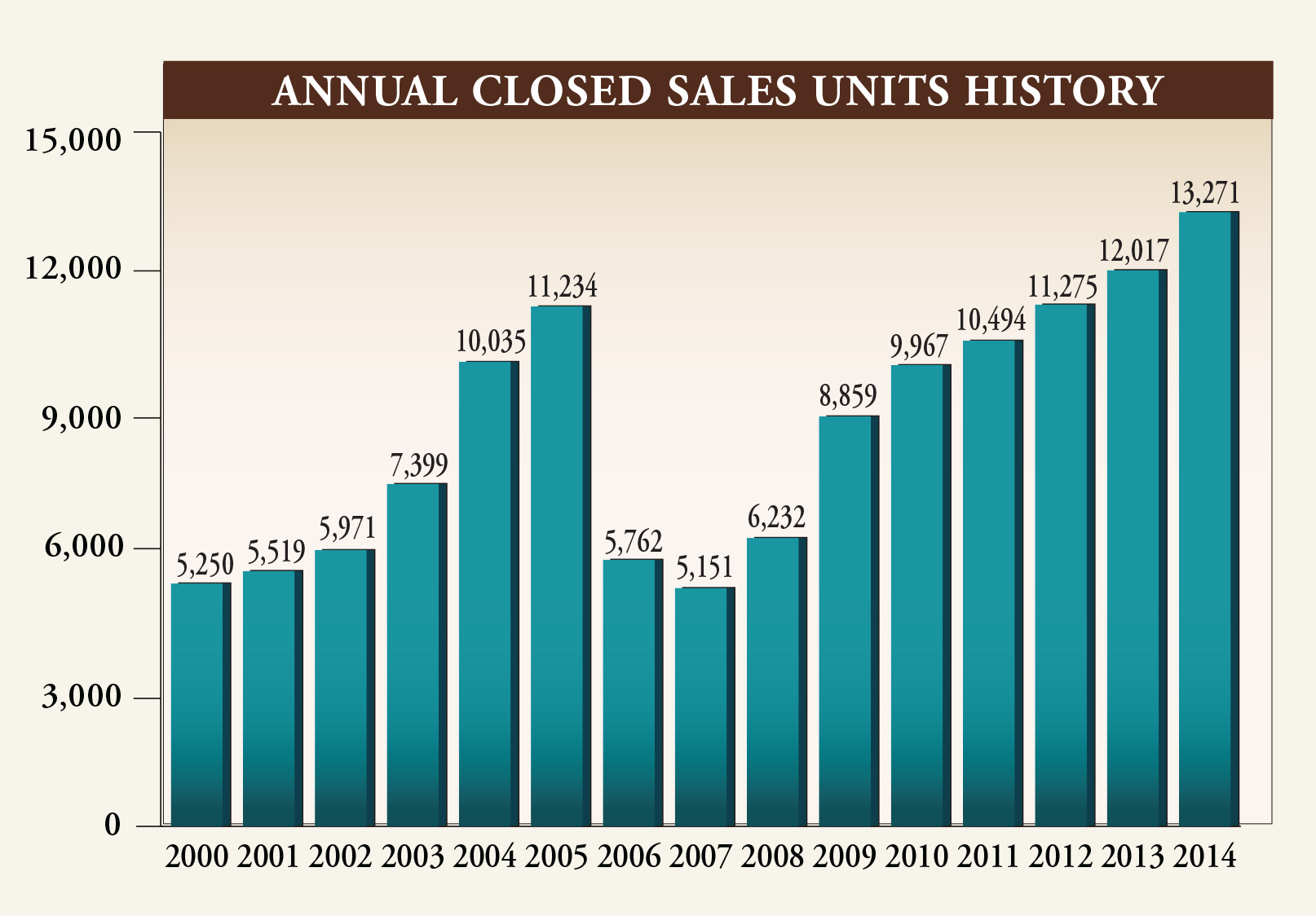 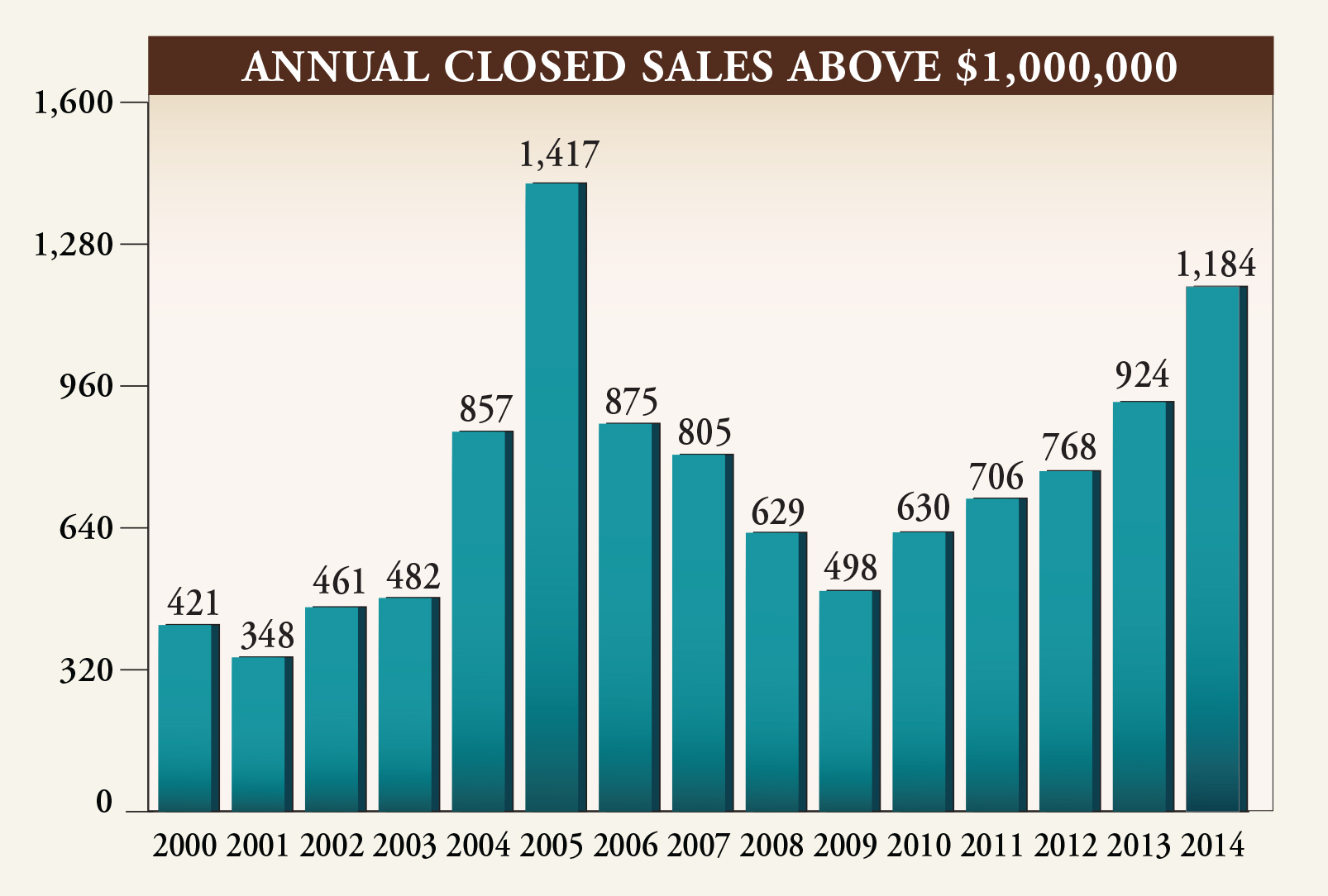 Inventory declined once again with an overall drop of 10% in the number of available units in the combined Naples, Bonita Springs, Estero market. The supply of condominiums dropped 19%, with decreases in every price segment. Single family home availability remained approximately the same as prior year, with most price categories showing an increase in units. The exceptions were properties priced below $250,000 (down 39%) and those between $1 million and $2 million (down 3%). The number of new listings placed on the market was up slightly from 2013, but remains well below the levels which occurred at the peak of the market correction. 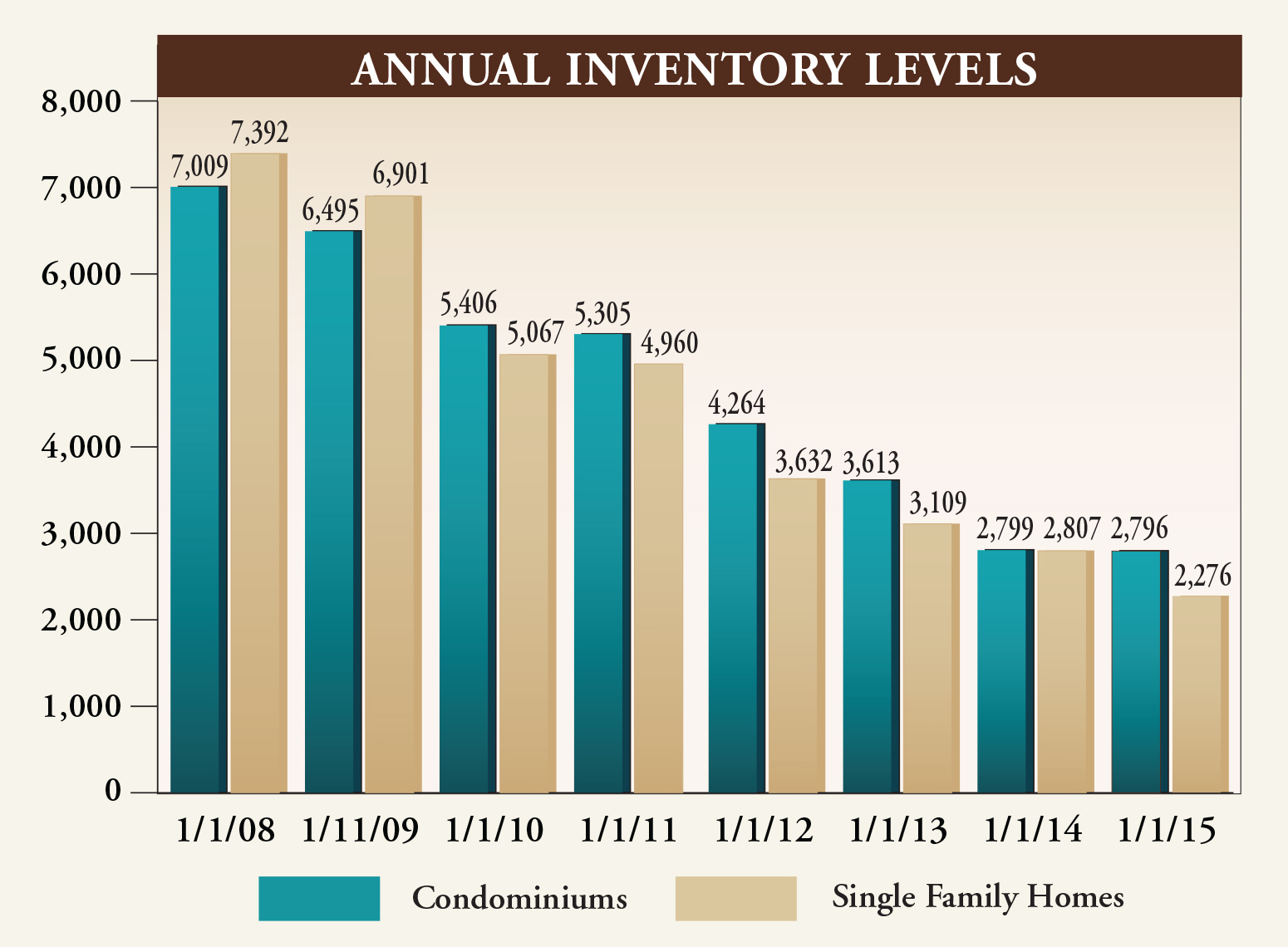 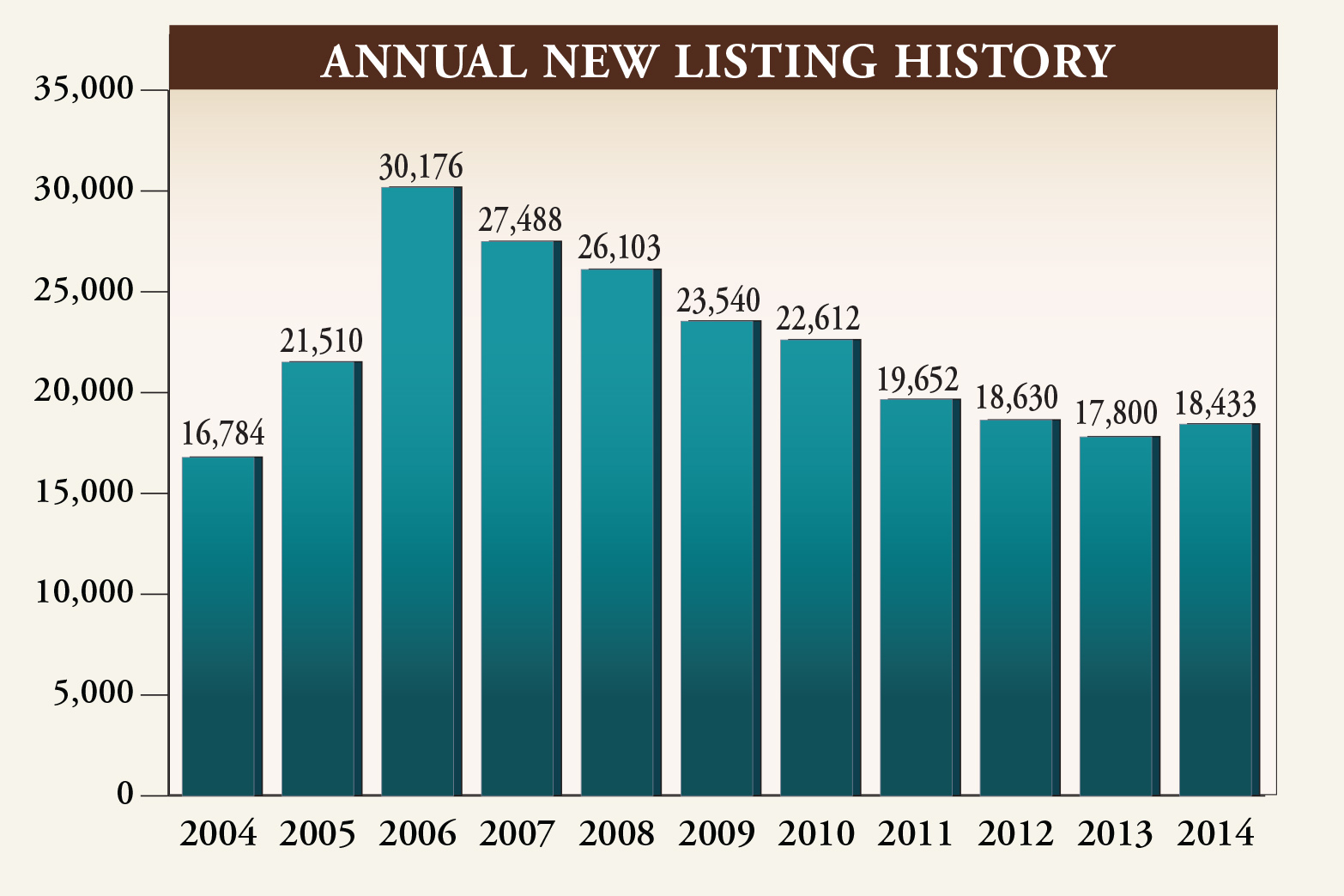 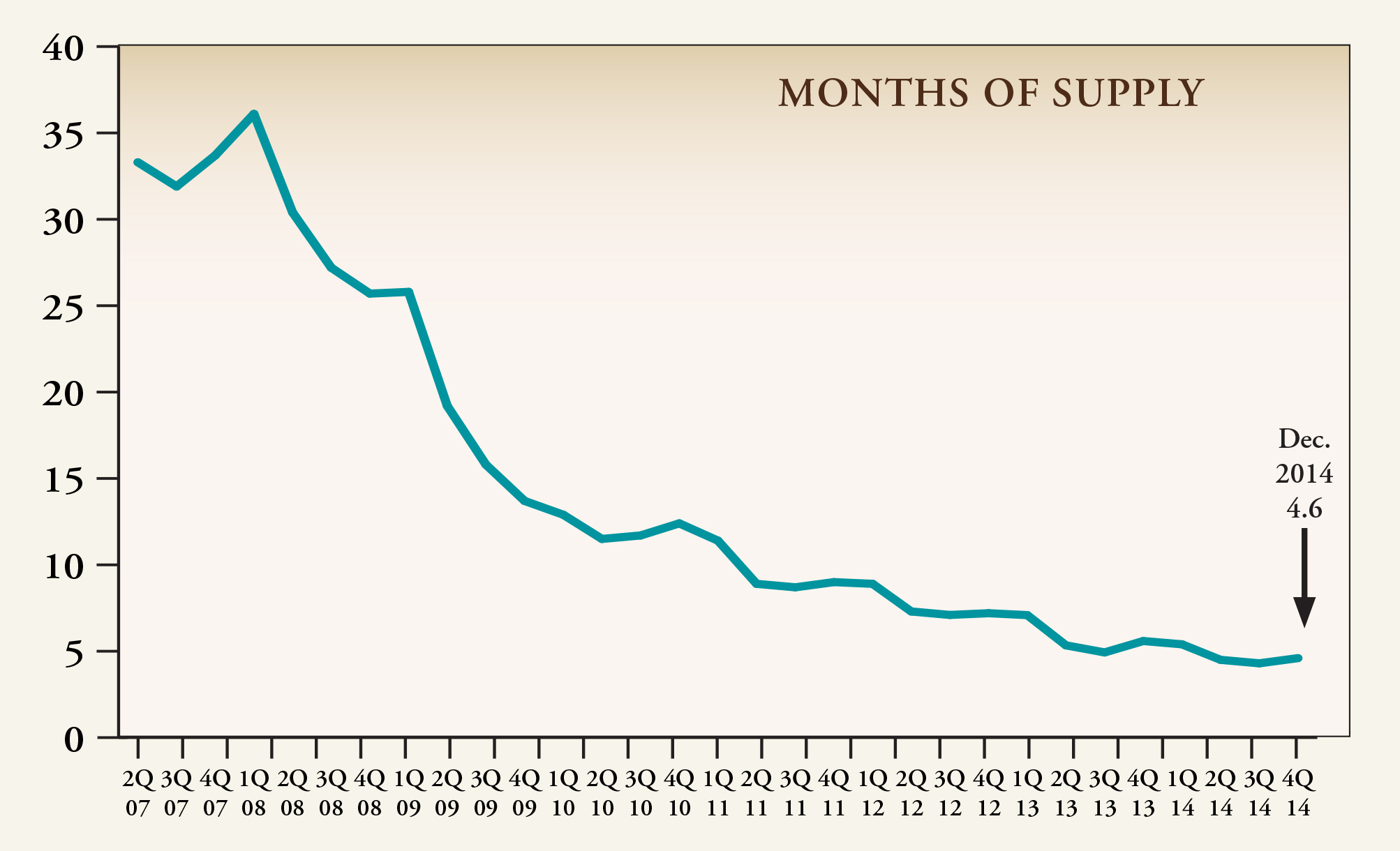 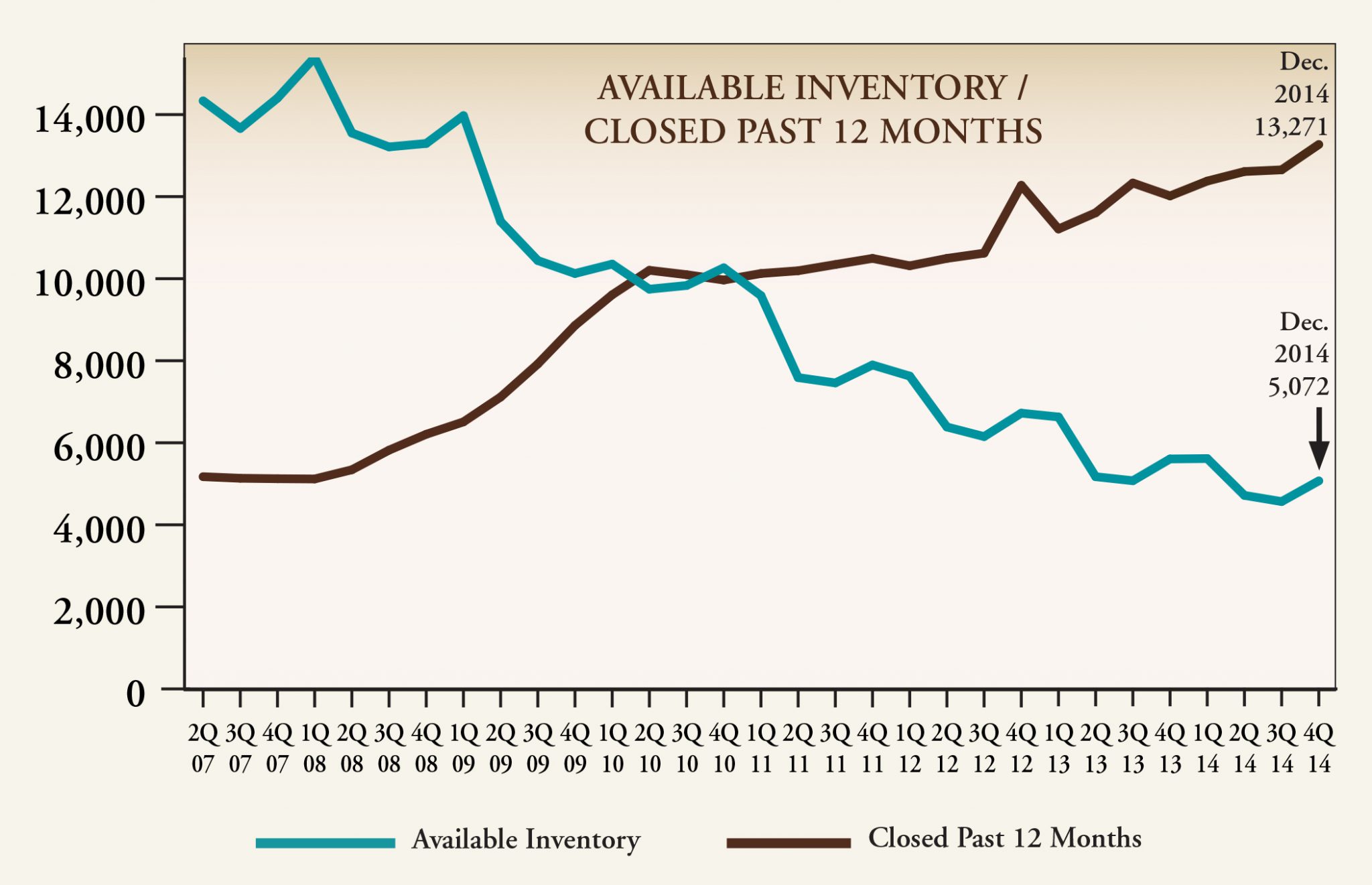 The number of sales pended during the year once again set a new record. All price categories reflected increases with the exception of properties priced at $250,000 or below, which remained approximately the same as 2013. It is important to note that not all pended sales close. However, this benchmark along with current inventory has proven to be the best leading indicator of market direction. 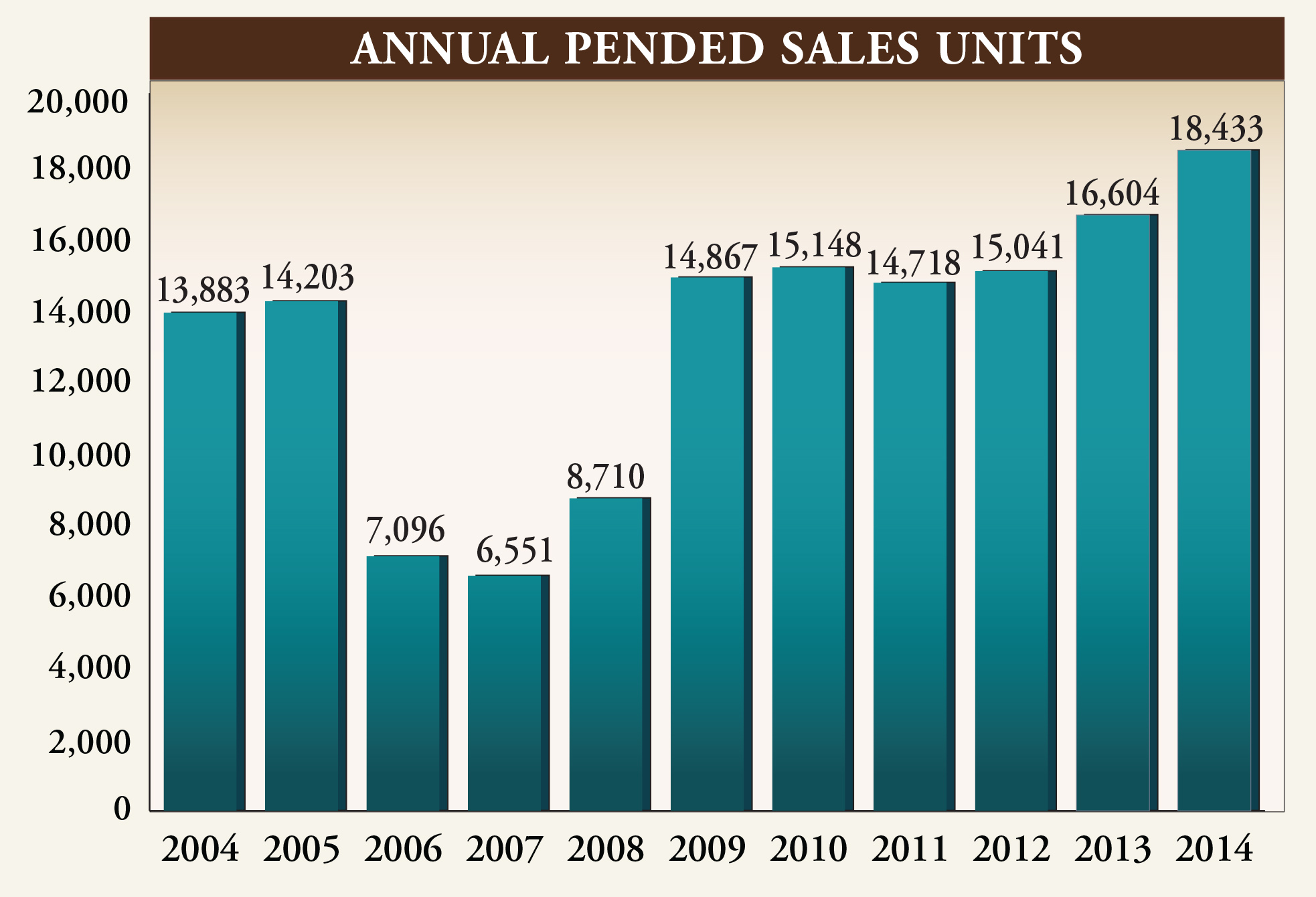 The demand for property in Southwest Florida reached new highs in 2014. There were more closed and pended transactions than ever before, and median sales price continued to climb, although at a slower pace than the previous two years. Inventory levels, while still declining, appear to be seeking stability around a four to five month supply level in the market at large. Some areas remain significantly undersupplied, while in others inventory is growing. New construction has once again become a factor as shrinking resale inventory drives buyers to new product.  The demand for a piece of paradise is expected to remain strong throughout 2015.
This report is intended to give the reader a macro-view of the market in the combined Naples, Bonita Springs, Estero areas. Contact Dustin Beard at 230-289-2650 for additional information or to learn more about the area.
Share this post
Tags:None