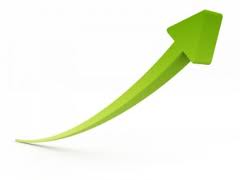 Closed sales have continued to escalate in the Naples, Bonita Springs and Estero Market areas. As an example of how drastically the market has changed in the last few years, September Year-to-Date closed sales are up 77% versus the same period in 2008. Both the Average and Median sales prices for the Southwest Florida area continue to increase. The Median is up 4.2% over 2011, and the Average has increased by 2.5%. A number of neighborhoods, particularly in the Naples area, are beginning to see appreciation at rates exceeding the overall Median increase for the greater Southwest Florida area.

Since 2009, every year has had a remarkably steady rate of sales. In all four years, Year-to-Date pending sales thru the first three quarters are over 11,000 units. For 2012, the Year-to-Date pending sales number is almost 12,000 units, and is expected to accelerate this winter season, as housing markets continue to improve nationwide. Homes selling in other areas provide a boost to Southwest Florida, since we have so many “feeder” markets in the Midwest, Northeast, and Southern states.

To see Dustin’s the full September 2012 Market Report including a detailed analysis, click HERE.  Don’t forget to look at the Neighborhood Snapshot Report for September 2012 as well!