The number of closed sales in 2011 increased 5% over 2010, making it the fourth consecutive year to show an increase and confirming that the market recovery is well underway. Properties priced below $250,000 comprised 62% of the total market, a percentage that has remained consistent since 2009. Properties priced above $1,000,000 reached its highest level since 2007, with 706 closings, up 42% from the 2009 low with 498 closed sales. 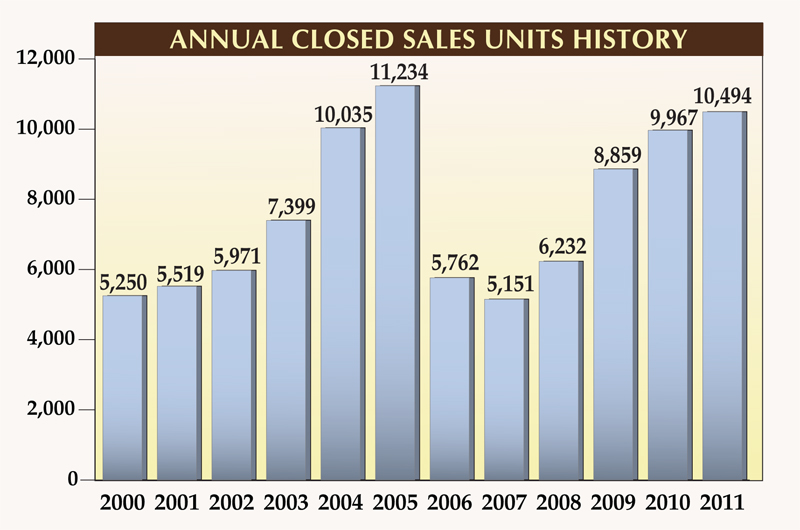 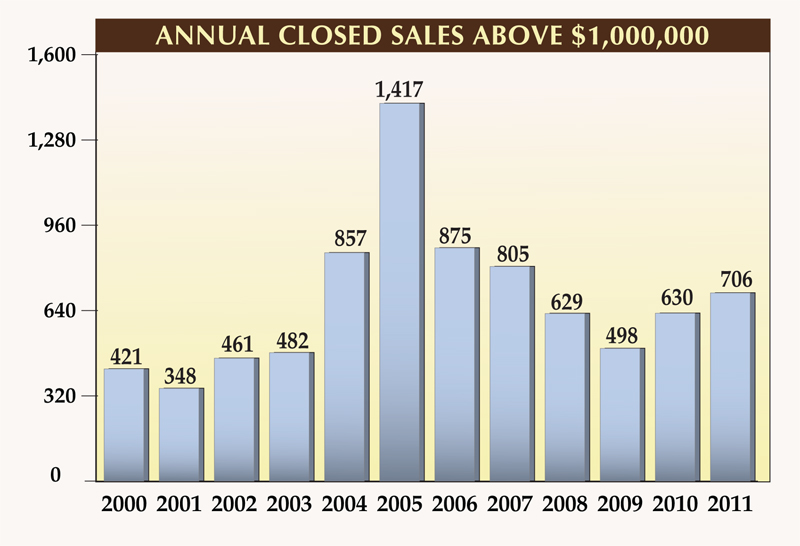 The inventory of available properties dropped 23% during the past twelve months and is at its lowest level in the last five years. On January 1, 2011, there were 10,265 properties for sale in the Naples, Bonita Springs, Estero market. On January 1, 2012, that number stands at 7,896. The largest declines in condominiums occurred in the price range below $250,000, which declined by 571 units and the segment between $2 and $5 million, where availability decreased by 38% or 53 units. The biggest declines in single family homes occurred in the price category below $250,000, where the supply dropped by 814 units and those priced between $500,000 and $750,000 which stands at 117 fewer available units than a year ago.

The number of new listings placed in inventory declined for the fifth consecutive year. Short sales and foreclosures also continued to drop as a percentage of total inventory, down from 19% in January 2011 to 12% a year later. 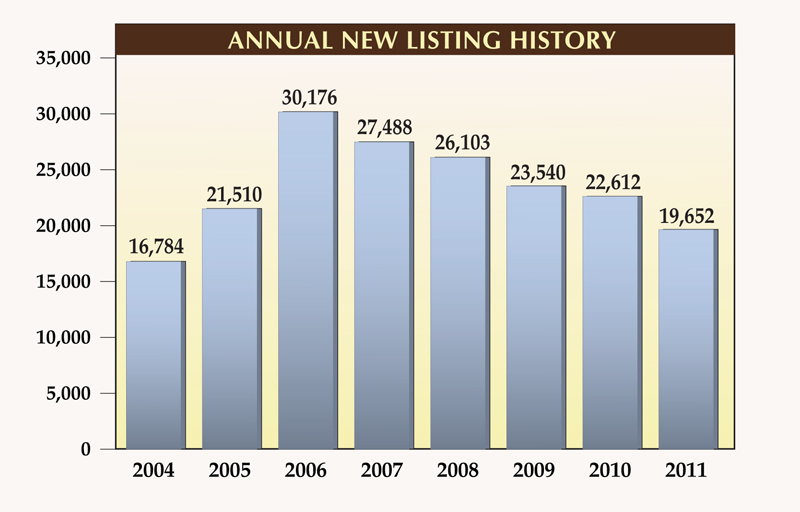 Pended sales remained approximately consistent with 2010, showing less than a 3% difference, and making it the third highest year on record. Properties priced between $2 million and $5 million continued at a brisk pace, increasing 8% over 2010.

The ratio of pended sales to new listings was one sale for every 1.3 new listings, an improvement over year end 2010 and the continuation of a three year trend.

It is important to note that not all pended sales close. However, this benchmark along with listing inventory have proven to be the best leading indicator of market direction. 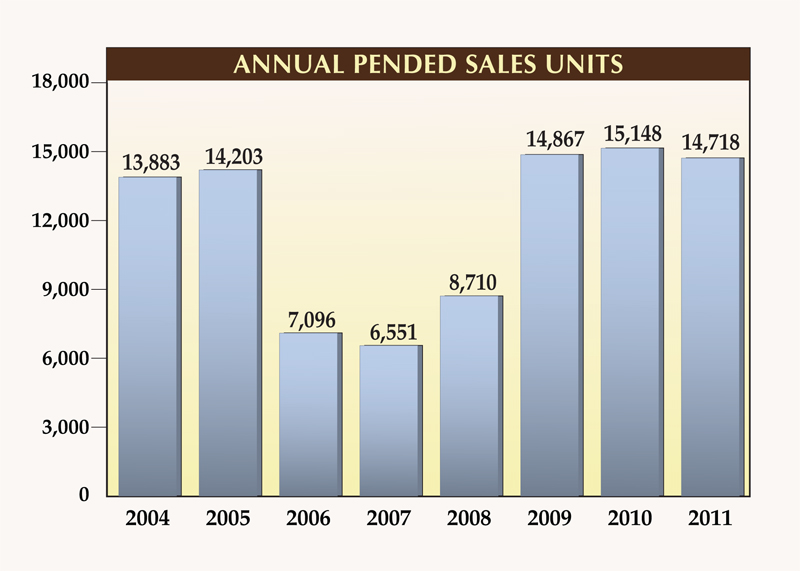 Real estate sales activity continued to improve throughout 2011. Despite continuing economic challenges, all price ranges recorded increases over the prior year and the market above $1,000,000 continued the rebound which started in 2010. The robust activity has resulted in diminished inventory in all price ranges, and a market with approximately nine months of existing supply.

Foreclosures and short sales decreased as a percentage of overall market, and most of the remaining product in this segment involves properties priced below $250,000.

For specific analysis of your community or building contact Dustin.